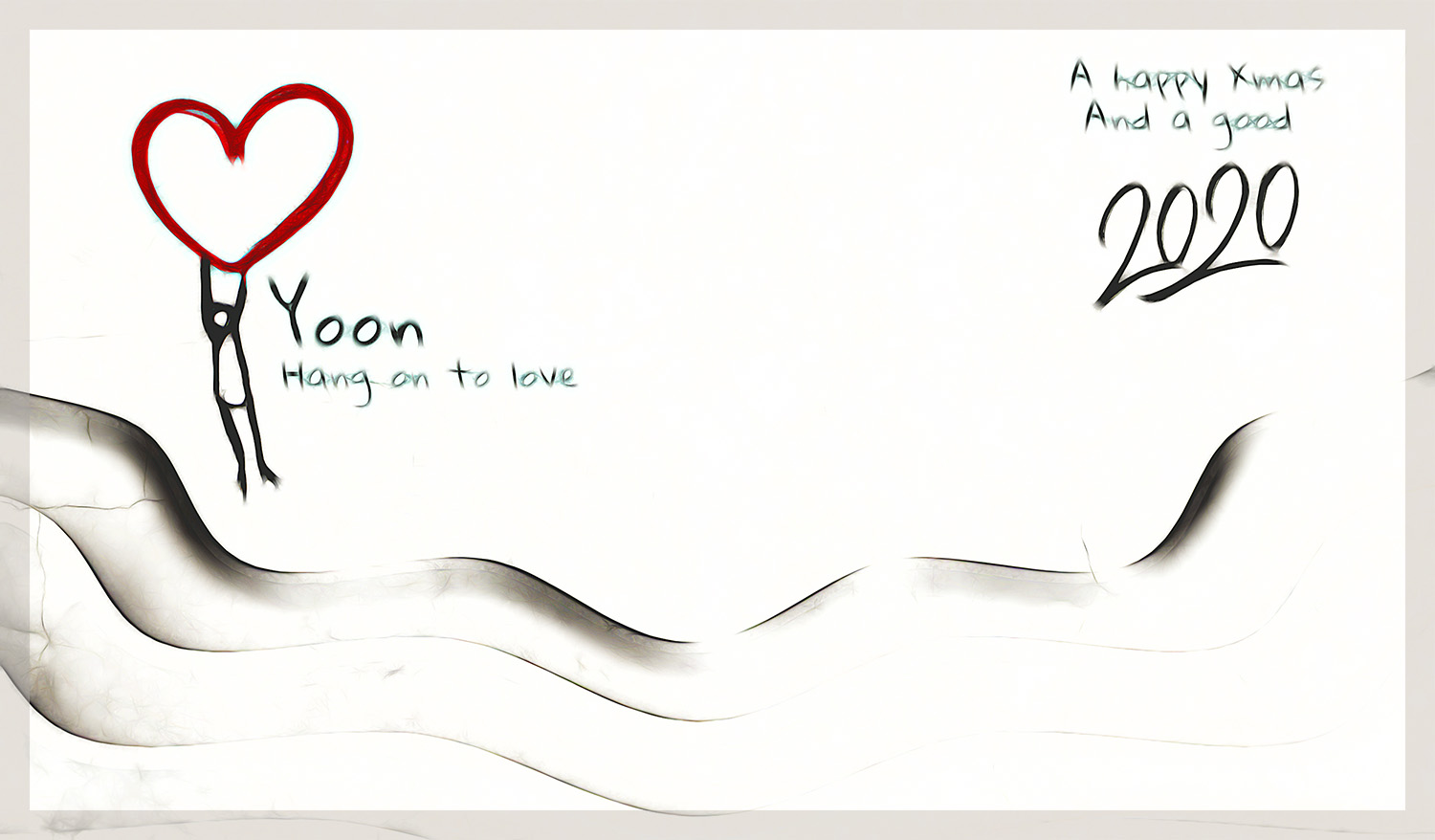 Frank Wieland is a retired Dutch judge who became most famous to the public with being the judge in the Willem Holleeder case, one of the biggest criminals known here. Today I read a superbe interview with him in the Volkskrant. It showed very clear how this man is human above and despite all he judges about. Some call him a victim hater with no remorse or emotions on what is done to others by the ones on trial. This is so not true and they should read this interview and understand better what he really says.

One part of the interview is about victims indeed and that part is highlighted by his opponents as proof Frank Wieland is a coldhearted man. These mainly right winged media want the public to be in charge more where it concerns the measure of punishment and often question the verdicts of judges. A double agenda I call it. Deliberate misinterpretation to gain followers with a doubtful signature of wanting to be their own judge more than respect legal justice.

I will highlight the part which in my opinion is being abused to support their negative opinion on this very empathetic, eloquent, wise man.

The judge (Frank Wieland) questions the increasingly prominent role by victims in criminal law, which means that offenders are often portrayed as monsters. “Don’t guide the victim only, but also guide the perpetrator. I often think victims are better off with a behavioral expert than  by dragging them into the court rooms . When a victim says: “The perpetrator has two years, but I have a life sentence”, I think: you do that yourself. That’s hard, but you really do that yourself. Live with your loss, it can happen to you. It can happen to all of us. It’s terrible, but live with it. You also can have an accident under a tram and lose a leg. There is no other way than to accept it. “

Yes I am sure, when in the middle of grieving this sounds hard indeed. Last thing you want to hear. But this is about making it forever and I also never have understood very well what the benefit is of focussing the rest of your life on retribution for something that will not change what happened already, a loss. It only makes your life more miserable because no space left at all anymore than being a victim.

People who lose someone due to illness maybe have another kind of grief because no other human involved in the death of their beloved, but dying of cancer when too young also is unfair and makes a lot of casualties, unfortunate accidents too. Somehow we are able to accept the latter 2 as part of our life and bad luck,  and in most cases are able to move on after that. Probably because we know to be partly responsible ourselves as well for certain kind of deaths. Our food habits can be bad for instance, or we smoke or drink too much. We know cars are dangerous but use them anyway.

The feeling with someone else willingly and knowingly taking a beloved person’s life, hurts more, definitely. And since it gives us a face and person to blame without any doubts, if lucky to find the one who did it, we can let our anger and frustration go all the way. To be furious and sad is a legitimate and normal reaction.  I do understand that and would probably also be devastated and in revenge mood for some time myself when it would happen to me.

So this is not about telling people to not show their pain and anger. This is about being aware when it becomes self-harming. Speaking  for myself in this: To get stuck in anger and pain is useless and will not make me happier. If I allow such feelings to define the rest of my life and be the everlasting victim I will end in misanthropy. There is an end to all, even in justice seeking. Many cases are very complex to judge and the best possible verdict for a judge often will feel as injustice for others. It’s how a law is, never perfect, just like no human is perfect. I don’t say we need to pity the criminals and them being he real victims, of course not, but I think Frank Wieland is right in telling us we are our own boss in how we cope with being a victim and we do have influence on how long and deep we allow it to rule our life. Not right away and maybe only after a very long time, but we can change when the time and need to do so are there.

Therefore it is not fair Frank Wieland is called a victim hater when he actually shares a view on how you can feel less sad and more ok again.  But my biggest concern is how media once again ignore context when it comes to forming their bold opinions on someone they see as a threat to their own agenda. Frank Wieland is human and knows very well how a verdict can make a difference. He also knows very well how life has to be balanced between suffering and letting go. He is not in any way to be called hard. He has an emotional involvement in his work but also guards himself to not let that take over and become a sentimental incapable person who would not have been able to properly speak justice anymore. He has humor too by the way. Yes that matters! We need such persons as representers of our law. To mark his words and show my appreciation for his work I place the link to the complete interview. It needs translation for non-Dutch readers but is worth it!

The interview and highlighted quote reminded me of another person whom I got to know recently, Camille Paglia, an American feminist academic and social critic. Paglia has been a professor at the University of the Arts in Philadelphia, Pennsylvania, since 1984. She is critical of many aspects of modern culture and is the author of Sexual Personae: Art and Decadence from Nefertiti to Emily Dickinson (1990) and other books. She is also a critic of contemporary American feminism and of post-structuralism, as well as a commentator on multiple aspects of American culture such as its visual art, music, and film history. Especially this quote is very similar to the one from Frank Wieland: 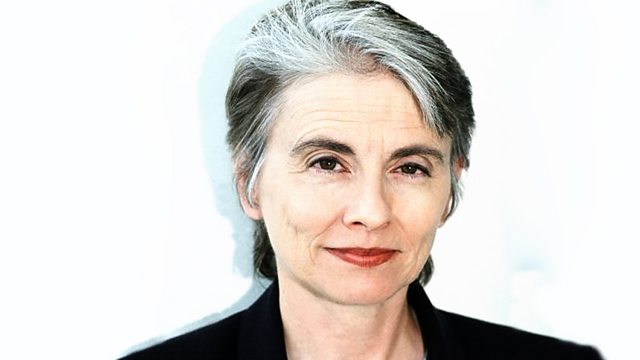 Who am I to speak on behalve of victims?

I am nobody. I never was victim of any criminal act except a big amount of money being stolen from me as teenager. It prevented me to go on a planned holiday. Bad luck, totally angry, but also like  . . .  ok well, so be it. Shit happens. I could call myself victim on having  bad luck as well with developing  serious mental issues which caused my life to become a hell for quite some time (PTSD, OCD, BDD, Anxiety, Social Phobia etc etc) after a dramatic bullying event when I was very young. Just I hate to call it that way and never did or will do it. On the other hand it took 30 years to even dare to speak about all that happened and another 15 years to overcome what happened. That’s a long time.  If only I had taken charge earlier I would have had a much nicer life for sure. There were various relevant reasons to not do so, but also when I consider these reasons as valid excuses, it only added to all becoming an even more tragic event and the delay in taking charge did not improve my wellbeing none whatsoever. I felt like having no choice (too scared) and got stuck into all. Until there was no other way to go anymore and I kind of trapped myself into either seeking help or go down and kill myself. That’s how long it can take and how far it can go to accept it is time for a change. Until that moment I lived like this: ‘Tomorrow will be a better day.’ Sometimes it was, but never too long and at some point no such days at all anymore.

So yes I know very well there is often reason enough to think no one can help you. The ‘leave me the fuck alone’ and ‘let me grief and be in pain since you never will understand it’ are countless in my own life. But time is a bitch  . . .  and the most stable factor in life. Every day a new morning with a new chance. In a way I was lucky to get myself stuck maybe. It forced me to have to seek help I did not trust for one bit and only did to not be blamed for not trying. Motivation zero, belief zero, energy zero, desperation all over. In fact all I wanted was be dead or sleep.

And yet here I am. Slowly but surely I found back my strength, my believe in myself and lust for life. I posses an abundance of freedom in my mind now enabling me to feel happy and satisfied. And being happy (and healthy) is the most valuable thing to have. Nothing is gone, nothing is forgotten, but there is space again to move on and be the one I want to be. A happy nut with humour, self criticism, satire and no fears anymore to be me. I will have to stay focussed to maintain it, but that’s peanuts compared to being unable to focus on that.

At the same time it feels totally misplaced to compare this kind of suffering with someone who is victim of a criminal act in which people die and I will be honest in saying to have no idea how I would act when someone would kill a beloved of mine. But knowing myself and being where I am now I think I will be able to choose to not let it happen to go back into darkness for too long. Life is worth more and if I will not die soon myself I better enjoy the rest of it to my best abilities than only focus on what hurts me. Yes yes, all sounds easier than it is, I know this extremely well, believe me, but time does heal wounds if you let it/actively help it . . and don’t wallow into being the victim for life.

And what if someone just cannot be anything else than a victim? That’s truly very sad. In such cases I think we only can hope it will change one day. And when all hope dies maybe it is best to let such a person live his or her life in that way.  Not everyone wants to be helped or can change what is inside (yet). Healing from a trauma is a very slow and exhausting process.

I still have a form of OCD, with certain rituals I like to do. Nothing too dramatic anymore and certainly not disturbing either. I have one with music for instance. When I drive in my car I just have to listen to the same piece of music every time. It comforts and calms me. The CD player is on repeat even, playing my life savior music. Maybe it helps to not see me as a frantic music psycho by telling I am not a daily car driver :)

Let the new year be a challenge for any kind of improvement.
Enjoy your life as much as you can.
Happy holidays all :)

Full of tears will be that day
When from the ashes shall arise
The guilty man to be judged;
Therefore spare him, O God,
Merciful Lord Jesus,
Grant them eternal rest.
Amen.