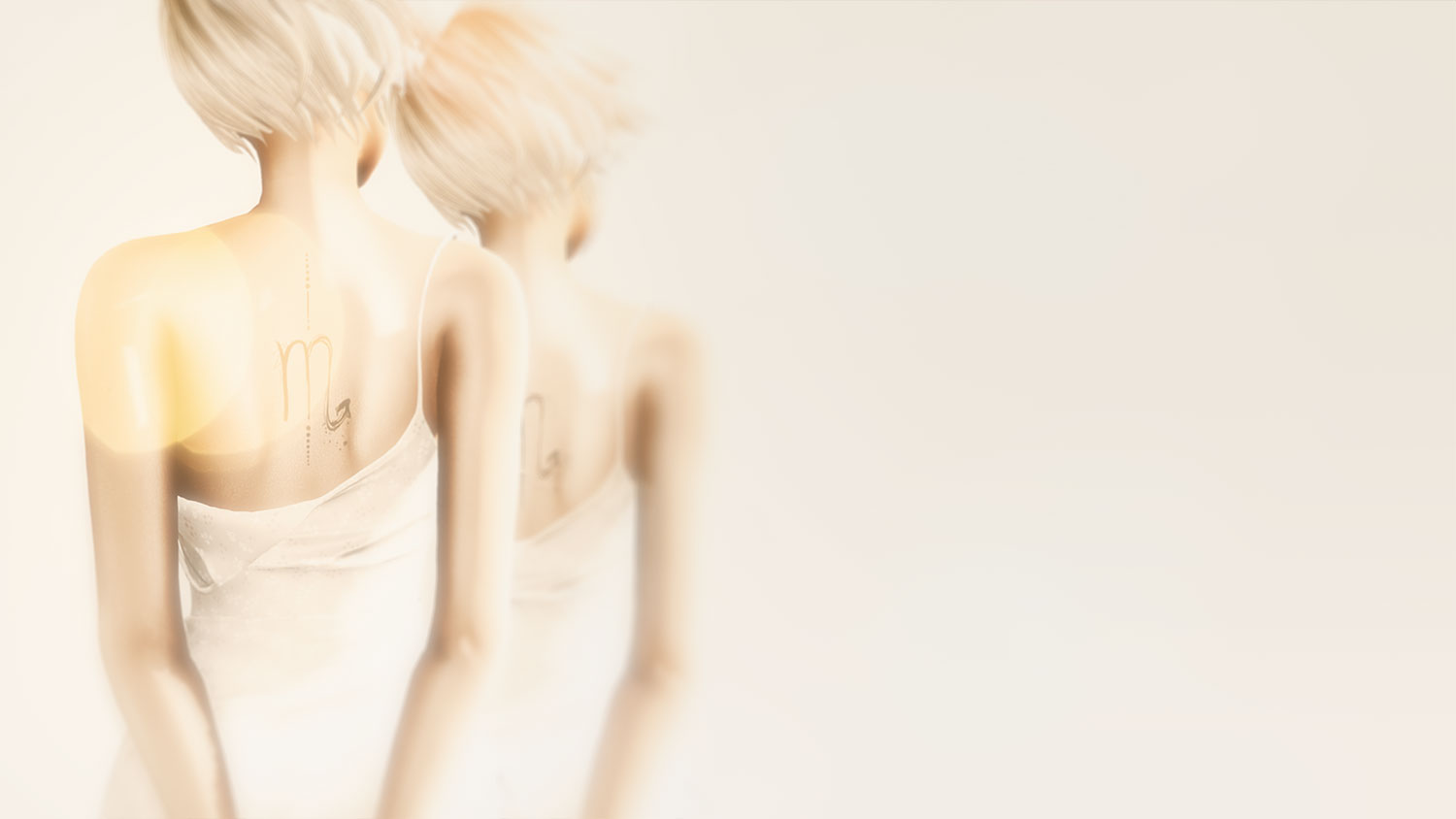 I call myself a hermit, which still is true and also will not change. A hermit is a person who chooses the company of themselves over others. In some definitions it is said to have a religious reason, but that does not apply to me. Or my religion must be called ‘Solitude’, except that my solitude always has my own company.  And because I like that company and can talk with that company very well I never feel alone as in lonely. Choosing the company of myself over others will have its reasons and  I can mention a few for myself:

What do you do when into yourself?

What I like to do when into my alone space varies a bit. But regular things are reading, thinking, feeling, writing, photoshop or other creative things, watch a movie or series I like, Second Life (but not in a very social way either depending on how much hermit I feel), listen to music and  . . .  here it comes, the strange habit: ‘Talk to and with myself as alter ego’.

I know talking to oneself is not necessarily strange. But the way I do it might be. I sometimes like to do it out loud as if someone else really is present and start a real conversation with myself. The one I talk with actually can have a different tone of voice. Or I write it down as means of being in a talk with myself. Creating a story while writing and follow what I feel. It is as if  I transform myself in being with an alter ego. It can look like having a ‘trustful me and cynical me’, with a big contrast in views. With doing it that way I create the opportunity to force myself into radical honesty on both sides of the spectrum. To make the trustful me and cynical me debate I can look at myself and my opinions through different eyes and test them.  Trying to be dishonest is impossible because both characters are me and I know when they lie or pretend :)

Uhm, are you maybe a bit insane?

No, not at all, just some habits are a bit uncommon I guess. In general I am just like you. A human with light and darkness inside. Just I like to look at them both in order to understand why they exist in me and what I can learn from them. I hope it will result in being more trustful than cynical of course, but pfff, I make mistakes like anyone else so I have no illusions on mastering my mind always and everywhere. I do believe in improvement however and therefore trust in a positive outcome in general. Positive can also be something we feel as hard or sad. It depends what is  best for your personal evolvement or that of others under the wings of your care.

Scary? Embarrassing? Shameless? Hard? Rude? Tough?
In fact no. I would call them the opposite. I would call it not only radical honesty but also radical empathy. The result of a talk can be scary, the talks itself are not because I create them myself.

Empathy is the capacity to understand and feel what another person is experiencing from within their frame of reference, that is, the capacity to place oneself in another’s position. That’s all I am doing really. It differs from compassion, goes deeper. Compassion is more the sympathising way of understanding, without also really feeling it. Since I am unable to not feel myself, the alter ego and myself being one and the same person, it is radical empathy.

It gives insight in the roots of what is there, peeled off to the core, where someone is hiding into a place we could call the most vulnerable place someone can be. Where you are totally unprotected, where all can be seen and no escape.  My hidden girl parts are in that place. They are not used anymore to being seen, recognised or even liked. It always will be a mix of feeling relieved to be discovered and seen with feeling scared and insecure. When you never are seen and suddenly are, you have no time to cover yourself in layers of protections. For me it is like looking into a brutally honest mirror scaring me with her presence and vulnerabilities, but I also feel like touching her face and say: “Well hello there  . . . I have been waiting for you and am so happy to meet you again.”

When that happens it fills me with tenderness and a deep empathy which makes me cry sometimes because I then feel why she hides most of the time. She simply is scared to be seen as stupid, evil, not good enough or too much blah blah and low value. That’s why she lets the tough parts speak and act more. But she is on her way back to entering the world again, I know she is. Because I have seen her several times already and that makes me very happy. She comes and goes, and that’s why I need to keep talking to and with myself. Only a few others maybe can make her appear as well. But it needs me to be ok with that, obviously. I am in charge of letting others in to seek for her.

But hey wait, what about your party booster skills?

Yes some will have seen that part of me. I  can be a party animal, taking it to the next level of fun. Being very present as the glue connecting everyone. The booster, the crazy, chatty, bratty fool, making fun in a way that can give you the idea I am a total extravert and not scared. Even I myself am surprised about that side of me. I think my alter ego is more present at such moments, the cynical one who also can just be the cool ‘let’s do it folks’ person as long as she can make her jokes with some dark or daring element in it, or show fearless fierceness as proof she is a big girl no one can get on her knees. An exhibitionist who will make sure she will be seen.

The truth is and stays however I am introverted. This extravert character only comes out I think when forgetting the introvert nature a bit and wanting to feel no fears. She just is better in doing a party than the hidden girl :) To lean on this part of me can be reassuring and freeing. But I notice that part of me is way less dominant than it used to be. In fact it is not dominant at all anymore, just very strong in presence when she decides to show herself.

This introvert nature is very visible since a while already. It all has to do with having had a major breakthrough in 2019 which made it possible to park the more tough and so called extravert bodyguard in a more remote place. She finds that very very very odd I can tell. But also very very very pleasant. Lately I notice it also affects the way I do SL. I avoid public places where all  people and/or celebs gather in Second Life more than ever. I am not visiting any kind of group activity, no openings, no concerts, no other group related activities where you can expect crowds. I rather spend my time parking myself at my own sim or explore places alone, and ignore almost all bugs who dare to say ‘Hi hello how are you today’.

So the ones wondering where the heck I am  . . .   and if I suddenly dislike your work, music or persona? Nope, I just like the being my own company more at the moment, exceptions there of course. I like to be close with the more remote part in me. Always liked that, but at the moment it is stronger than before.

Remote also can just be AFK

Yup I am a lot AFK, switching between screens and missing what is going on in SL. I know I can log off as well when not present, but I like to sit where I live and listen to the sounds at that place. When in Auto response mode I mostly indeed am away. Or I really feel like not chatty. Sometimes I keep logged in afk mode because needing to make a picture later for a blog I am preparing. Like this one now.

Is there anyone who knows all of you really?

Only I do. And only very few know me close to knowing almost all of me.
In RL I think only one, my husband. Second best in RL will be my therapist. I trust them both in a way I call unbreakable. In SL maybe 2 or 3 people are close to knowing me so well they are able to feel me as I feel myself when we are in a very personal connection like a deep talk.  No, I will not tell names here. The ones I speak of will know it and that’s enough. And just for the record  . . . being more close to my hidden girl parts does not mean I don’t need lot of laughs anymore.  I still am silly and funny, still am direct and upfront, still tease and challenge, but it feels less as protection and more as freedom. Just don’t count on it to be present for just everyone. When the hidden parts go party, it also will be fun, I can promise that :))