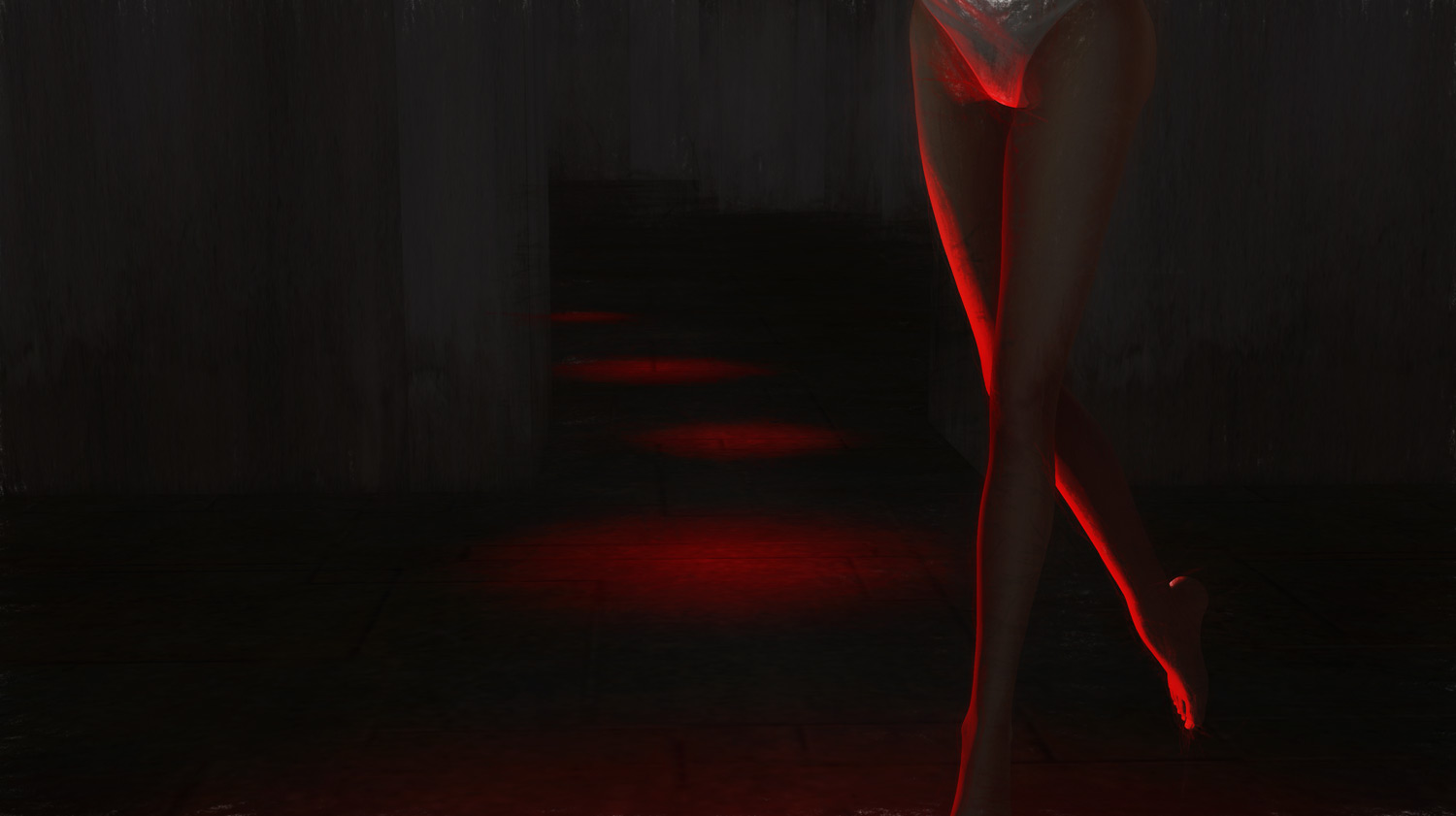 Can you imagine? Even in Second Life you can be kidnapped. And the police has trouble solving the crime. This remarkable event has been noted by Storie’s Helendale, aka GlitterPrincess Destiny. Storie’s is an avatar who writes poetry in RL, transforming it into stories in Second Life. So here we are now, with a kidnapped ballerina, surrounded by very confusing clues to find her back. Since the police failed to do so your support is needed to help save the ballerina. She is in serious danger so it seems, maybe even murdered already or at risk to be murdered. Knives and threats scatter the place where this story is unfolding itself through a series of images and texts in local chat. The story is called  “Ballet of Little Liars ” Chameleon”.

Clues and to do’s

Let me help you a bit to give you a good start when taking the TP to the crime scene. This newspaper headlines is shared by Storie’s and actually is the starting point of your journey through suspense.

Incredible as it may seem it has been confirmed a ballerina has been kidnapped and her whereabouts are  unknown at this time. However odd the police have received a  note from the kidnapper stating that clues lay inside of a metal trunk into the woods deep but adds it would be impossible to find.

A secret source told the police that the night of the ballerina’s kidnap they had briefly spoke and where as the ballerina confided that she had got a strange telephone call this very night and that  the ‘caller’ whispered to her  “Shhhh dance only for me” and confided she felt a trance like state. “That was the last time i spoke to her!” said the secret source. Reports indicate the ballerina is being held hostage.

When entering the building, which lays underground, you have to take all notecards to know how to proceed. It is really essential, so be wise instead of lazy and take your time to read the instructions. They are easy to read and nothing complex in acts either, so just do it. I will only tell this:  Follow the route (knives indicate them) and click all objects and pictures because most of them speak to you in local chat. A translator function is added if needed. After finishing the underground scenery take the stairs to the woods and house with stairs. Start with the house and again click all you see. Take the stairs upwards to the lighthouse  (yes they are a pain in the ass to walk) because on top a chameleon is waiting for you. We know about their ability to change colours, so you never can be sure if he is a disguise or helpful assistant when you arrive. Don’t blame the messenger, I just guide you through the maze of clues.

What are you looking for?

The correct letter. That’s all I say. I almost died finding it. After that I hurried back to my safe place in Second Life trying to understand the letter. I ended up feeling trapped in a movie made by Hitchcock and David Lynch, doing a remake of Hannibal together. For all I know someone is incredibly hungry for the ballerina. Not like we can have an appetite for food. This is hunger in a mental way, wanting to consume a body and mind to become the other, change it, transmit the new genes into one’s own brains to feel euphoria. Orgastic needs that only can be fulfilled through total consumption. The predator hunting for it, the ballerina trying to escape it, but also fascinated by the admiration and need. Maybe even feeling likewise and wanting to be consumed to feel complete. Horror and suspense, mystery and disguise. Do we really want to save the ballerina or is it better and safer to let her go down? Will she kill herself when set free? Can we really restrict a mind and stop it from longing to what it wants or needs  . . .

One quote draw my attention especially:

If he is right I fear we are dealing with a psychopath kidnapper who never will stop hunting down what he demands, turning all his victims into beloved ones that need to be sacrificed. He seems to be able to seduce them with whispers, to make them feel wanted so much they will be trapped into his mind and become helpless, seeing sacrifice as their ultimate fate. Poor ballerina, I hope she can be saved. Maybe I need to try again.

What I like about this exhibition as well is the way it has been set up. Apart from the really creative pictures the place has a perfect Windlight in Ambient Dark (you may like to change it to a bit lighter if lost at first to get an overview) and the use of sound, light, animatons, movies and text which makes it all very interactive and creates a sense and suspense both at the same time. Very immersed when taking the time and effort to undergo the experience. Random walking and clicking is not what you should do. It will kill the story and Storie’s exhibit. Storie’s told me she is driven by Emotion, Passion and Feelings and likes it when people inhale her exhibits in that way as well.

Where is the crime scene?

You can find it at the Black Label Exhibition Corner. Their website tells you more and I quote:

The Black Label Exhibition Corner (BLEC for convenience) borns from a long friendship between persons been for a long time in Second Life that somehow have “mixed”, without any planning, their interests and their qualities.
So chaotically generated from the combination of a music club, an art and chat spot with friends and a young photographer too. it has evolved and, with the support of many people who were gradually added, the BLEC has begun to progress rapidly without even expect .
This makes this “place” free of tension to perfection or the professionalism and stubbornly in search of quality and sense of things and people.

Working here , not without difficulty we had our minds full of new ideas and projects, in addition to the classic art exhibitions ‘s, that lead us anywhere we like to go.

Thus was born the “Softie Permanent Gallery” ( Glitter’s idea… she likes call herself ” Storie’s”) with “works”, (sorry for this term heavy) open to all forms of expression, a space, albeit limited physically, permanent fact and to the contrary it can be constantly renewed (by the artists themselves) in the works, performances or executions.

We are aware of the excessive scope to get this target for a group that basically only loves art and beauty (beauty will save Second Life?) and we want them all around us.

What about the “Art & Talk”?
Chat, good music, reading, ambitious projects; In short good time for those who loves idleness! (Idleness!) As one who loves A & T is the soul.,,, (Annafrancesca)  So we have projects , too many (may be), all beautiful, always with the back to heart and foremost with freedom.
Follow us, please, chased with us the BLEC, maybe we do not come to anywhere but the journey will be interesting! (?…we hope)

This exhibit has been made possible not only by Storie’s herself. She has been supported by Terrygold for the  environment and Kristine Blackadder for the music stream, movies and allover support. As for now the identity of the kidnapper is unknown but we credit him or her anyway for making us aware of its hunger and danger. The chameleon likes to stay anonymous which is suspicious, but well so be it . .
All and all well done and I encourage you to go and see this really nice exhibit by a really nice person. Btw she uses the name Storie’s and Glitter both, so don’t be confused to see several names. I assure you it’s all the same person :)

Note: IF you manage to solve this story or make one of it yourself, Storie’s will be very happy to receive your information. You can drop it in a mailbox at the crime scene :)