The second one sounds less like a problem of course. If addiction is a problem or harmless thing is another discussion, but addiction in general battles with having a negative connotation and that’s the reason why we dislike to be linked to it. It indicates something being out of control. We prefer to be seen as in control with all devices and media connecting us in a digital way. But big brands like Google, Instagram, WhatsApp, Samsung, Apple, LG,  Sony, LinkedIn, Snapchat, Facebook and so on, would not survive without knowledge about how to make their products as addictive as possible and any user of a smartphone will be exposed to it and become more or less addicted. 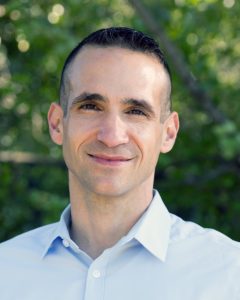 One of the leading specialists in designing habit forming technology is Nir Eyal. Nir writes on his blog called Nir and Far about the intersection of psychology, technology, and business. He calls it “behavioral design.” The topic encompasses user experience, behavioral economics, and a dash of neuroscience. He also is the author of Hooked: How to Build Habit-Forming Products and has taught at the Stanford Graduate School of Business and Design School.

For most of his career  he has  worked in the video gaming and advertising industries where he learned, applied (and at times rejected) the techniques used to motivate and manipulate users. I write to help companies create behaviors that benefit their users while educating people on how to build healthful habits in their own lives.

He believes habit-forming products can improve lives. Although he received most of his education earning an advanced degree from The School of Hard Knocks, he also received an MBA from the Stanford Graduate School of Business. In addition to blogging at NirAndFar.com, Nir’s writing has been featured in The Harvard Business Review, TechCrunch, and Psychology Today.

Nowadays all big app makers have perfected their knowledge on how to design optimised behavioral features in their apps for smartphones/tablets. This was not done out of the blue of course. They already knew about how rewarding a brain results in feeling a moment of joy. Every reward activates the increase of dopamine/endorphins levels in your brain. By smart use of a few rewarding systems people tend to fall for easily, they know how to get and keep your attention.  Since everyone likes rewards, they ‘simply’ implemented the triggers for it in their designs, making both the phone and apps irresistible. Nir Eyal is the guru of how to design such technics and therefore has been asked as advisor many times. So, now you like and need to know why you check and click so many times on your smartphone.

So why do we check and click all the time?

There are 3 types of rewards triggering your dopamine level to increase.

Nir Eyal is aware of the dangers and also teaches how to keep control of yourself. The medicine against too much technical based addictions is to be ‘Indistractable’.
In the video below you can watch his talk on that. In this talk, he describes a new model for managing distraction — how to become “Indistractable.” A book with the same title is in progress. I also will include an interview with Nir Eyal in Dutch, but Google (omg yes you NEEEED to click) will be happy to translate it for you.

We do not have to be slaves of our smartphones, we just need to manage the incentives

Psychology of taking a gamble (Gacha!)

If we look at the Gacha system in Second Life it is not so hard to see the same kind of process behind it. The difference is in how the rewards are. With Gacha the reward is variable. You know you get something when you pay, just you do not know what you will get. Even so, every little payment creates a mix of hope and excitement, resulting in feeling rewarded, giving you your dopamine shot. Hunts work the same, special box events as well. You will be surprised and rewarded and that makes you willing to pay (too much). Even when there is only ONE item in the box you like, you will feel happy for that one item. That’s how your brain works and of course because it sucks to have to admit you did it again  . . . waste money.

Still, that does not explain why many of us sometimes cannot stop playing the machines. But when finally done (either because you realise the damn thing refuses to be nice with you today or because receiving what you hunted for) you feel guilty and/or annoyed to have lost a certain control. We blame ourselves, but I think the smart use/abuse of the psychology behind this kind of plays deserves more blame, especially when the machines are managed in way which makes the chance to get what you want very low. It does not mean you are free of your own responsibility however, so keep it healthy I would say.

Natasha Dow Schüll is an American anthropologist who wrote a book called Addiction by design. She researched the role of human behaviors with gamblers and the role and interaction with the machines they put money in. Based on her research she came with what she calls entering the ‘Machine Zone’: an almost hypnosis-like state in which  gamblers forget everything around them and almost seem to become one with the slot machine. You simply get stuck!

In a more scientific way getting stuck presents itself as a response to a perfectly adjusted feedback loop. In this loop you get hooked by a powerful mechanism disrupting space and time around you. You press a button. Something happens. You press again. Something happens again: not exactly the same, but something that looks like it. Maybe you win, maybe you’ll get a reward, but maybe not. But what does it matter? You only repeat it a few times you tell yourself. Repeat. Repeat. Repeat. Repeat. But this pleasure of the repetition/competition with the machine, the safety of getting rewarded in some way even if not the most desired way, will rule above all. Everything else falls away. Some brains will be more vulnerable to it than others, but this is how it works for everyone playing a Gacha machine more than once.