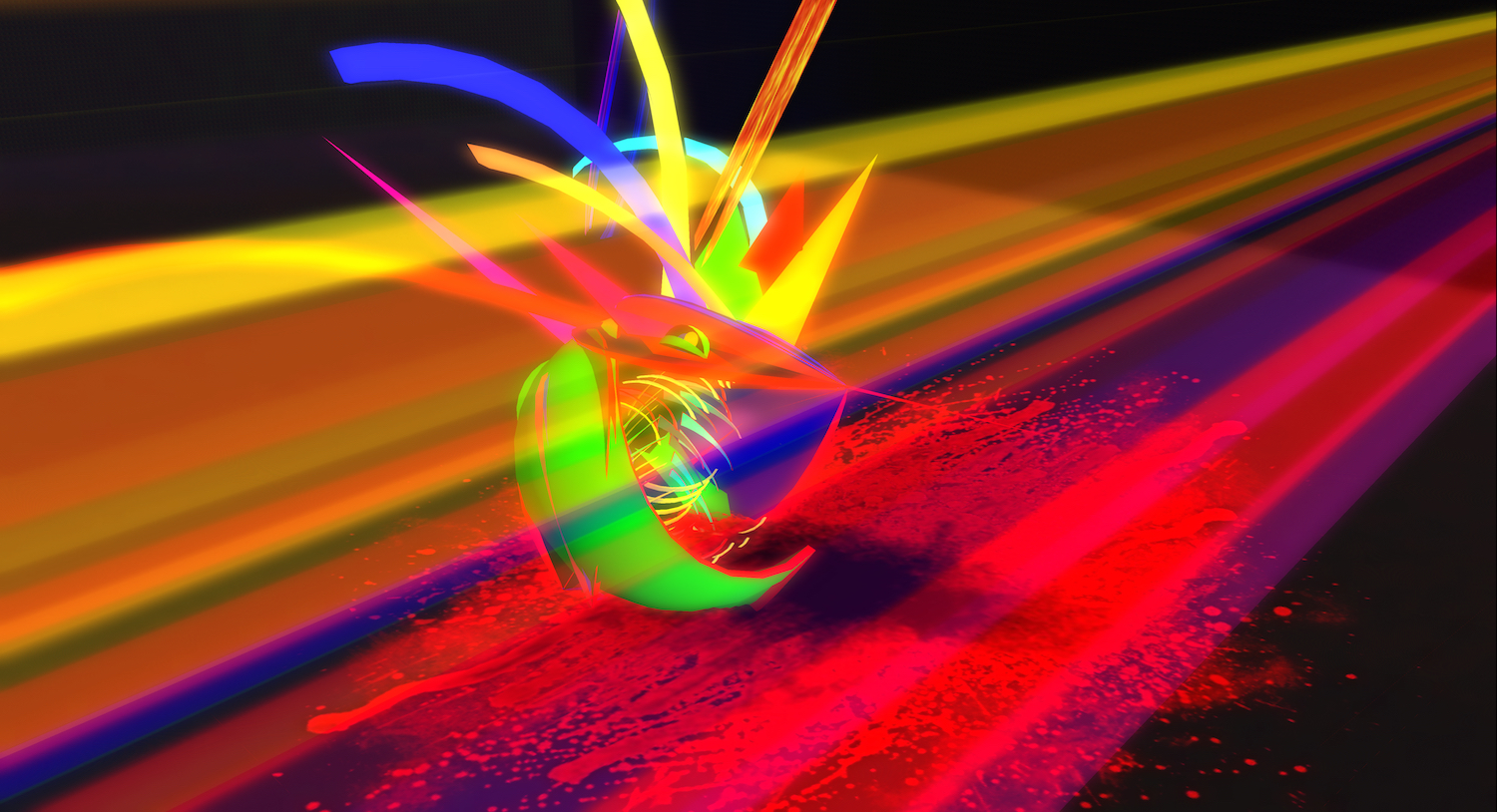 Fafnir used to be a dwarf. He and his brother Regin were the sons of the Dwarf King of an underground empire. Fafnir killed his father to achieve the great treasure his father possessed.  After the kill he fled to Gnitahead, guarding the treasure. However, his dying father had cursed the treasure, causing Fafnir to slowly change into a ribbon worm, a half dragon. For hundreds of years, Regin, still a dwarf, also wanted the treasure. One day he took the opportunity to get rid off Fafnir forever. Regin seduced Siegfried, stepson of King Alf, to fight for him.

For this occasion Regin forges the broken family sword Balmung. After Siegfried killed Fafnir by stabbing him in his stomach, Regin asks him to roast the heart of the dragon and then give it to him to eat it. Siegfried agrees, but when he accidentally swallows a little piece of the heart he suddenly understands the language of animals. The birds tell Siegfried about Regin wanting to kill him, to not have to share the treasure. Siegfried decides to kill the dwarf, which makes the doomed treasure belong to him.

This is a Norse/German mythological story. Fafnir also appears – as “Fafner” – in Richard Wagner‘s epic opera cycle Der Ring des Nibelungen (1848–1874), although he began life as a giant rather than a dwarf, so the story differs a bit.

Rage Darkstone has created his version of Fafner at LEA 2. I myself would not call it art, but more a fantasy creation which is fun to see. But hey that’s only my opinion and not some holy truth. Be aware you need to have a draw distance of 1024 to make sure the surrounding walls do not disappear. There is no fixed wind light so play as you want to see the dragon and its heads. The swords to fight him were shared during the opening, but you can take your own sword if you like to have some action. Wear boots to have your ankles free of blood and kill the damn beast.  I failed to do so, therefore you might find some pieces of my skeleton scattered around. My spiritual me in a higher world now will rest in pieces and leave the dragon to other heroes.

TP: The Destiny of Fafnir at LEA 2
Rage Darkstone