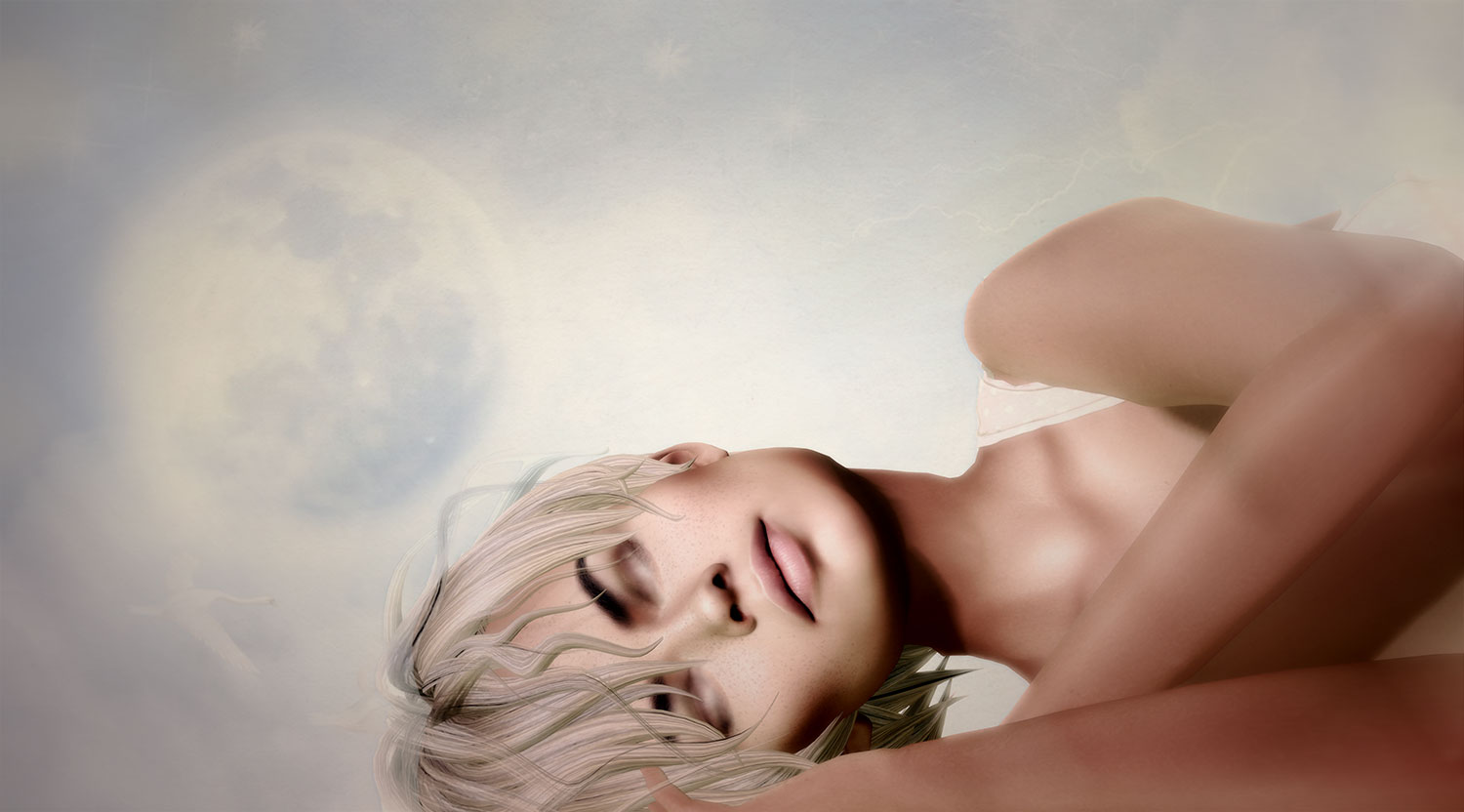 A few nights ago I had a dream I feel as meaningful. The fact my husband decided to wake me up in the middle of the dream made me remember it so well probably.
Actually I woke him up first because of my intense gasping for breath apparently….

It took me a moment to realise I just ‘fell’ out of a dream and I remember to feel disappointment about that. It was clear the dream was about to reach a climax or at least had not ended yet. This undesired Somnus Interruptus made me try to fall back into the dream to be able to influence it to end in a certain way. This lucid dream control did not come however, leaving me with questions on the why, how and what ifs. I am sure those questions also would have appeared when the dream would not have been interrupted. The reason I feel the dream as being meaningful is because it won’t leave my mind and because of the strong desire I felt to end it in a certain way.

Like many dreams this one also felt a bit surreal. I was in another world where I could do powerful things. Simply said there was a riot and I decided to join it. I had to, because injustice was done and that had to be stopped. An unnamed person ( no specific gender) was brought to justice by the authorities. Their ‘bend or break’ strategy to oppress all activities of this person was not successful anymore. They decided it was time to eliminate the person. The public space they chose was crowded with people, forced to watch all. But when the guards showed up with the person they would kill, the public suddenly turned against the authorities in a way they never had done before. A fire of protest started to fill the air. When I joined them it felt like being swallowed by a vortex. There was no way back anymore. We started to make a protective circle around the person that was about to be killed and shouted two words: ‘No word. No thumb’.

The energy was both scary and great. To experience how mental power cuts down all fears for repercussions made us feel invincible. The chanting of words became louder and louder. We went into a trance like state of being,  prepared to sacrifice ourselves for the higher goal: justice and freedom for the person we protected and for us. We identified ourselves with the one we protected and all became the same person during this riot. The authorities started to show signs of feeling uneasy with their loss of control. They did not know what to do. This visible nervous hesitation made us feel even more powerful, ready to finish what had to be done. A very tense atmosphere of ‘bend or break’ catapulted back to the authorities. We were to hit them hard now . . .

That was the moment I was pulled out of my dream because of my husband waking me up.
His question when I opened my eyes: “You are breathing sooo fast and heavily, are you ok?”
My answer, still in touch with my dream: “Oh ok, I am dreaming.”
Well I wished I still was  . .  because the act of replying made the dream become untouchable.
My conscious brain now was awake, alas . . .

What does it mean?

The trouble with dreams is we can make so much of it we always can find a meaning if we think hard enough. Still, when a dream sticks we feel it as meaningful and important. We start to analyse the dream to make sense of it for ourselves, but it is not a science with undeniable facts. We see what we want to see in it, connecting it with other recent experiences and feelings. Not necessarily wrong, also not necessarily right. I think wrong and right is not the best way to look at it however. What matters to me is how I relate to a dream and what I choose to do with it. If I feel very attracted to a possible meaning it will influence my thoughts and feelings. It can make my belief in something stronger or weaker. It can settle in my mind passively and/or stimulate me to actively do something with it. In most cases it ‘simply’ will generate things like feeling confirmed, affirmed, stimulated or warned. This somewhat passive settling in your brain does however activate that same brain into awareness of what you felt and feel. I think therefore when we perceive a dream as meaningful it always causes a little change, because you think on it and give it a tag.

Most of my dreams are less on the edge of victory. More the opposite even. Often it is about hiding, running away, being chased, losing control, anxieties making me do stupid things or totally getting lost into chaos and no way out. This dream was very different. That made it stand out instantly for me and probably is the reason I think it to be meaningful. Also the fact I wanted to end it in a (for me and others) positive way gives it something extra. Breaking the power of the unwanted oppressors was what I wanted to happen. Breaking free. Waking up from allowing negative influence. Attract positive influence. Stick together. Resist and change. Empowerment.

I have been writing on some positive changes in myself lately and I tend to see this dream as an affirmation and confirmation of that process to be in progress. It is not ready yet, but life and progress never are ready. What I like to make of it for now is this: A life changing power I feel inside since a while seems to have finally reached my dreams as well. I also am aware I maybe create my own wishful thinking truth and explanation here, but when people, including myself, stand up for an in my opinion good cause, even if it is in a metaphorical way, I like to relate to that in a positive way.

About shouting ‘No Word, No Thumb’, I have to admit to have no clue why those words appeared in the dream. My best guess is it has to do with oppressing. When someone is not allowed to speak and being held under someone’s thumb too long, the power of the oppressor at some point will implode under the weight of all words they tried to stop and their thumbs becoming too small to do the job.

Wake me up- Avicii

Wake me up when it’s all over
Where are we going?
Somewhere we BELONG.

In the video we see how a big girl wakes up the younger version of herself (the little girl) at the right time, when it’s all over, so she can walk free and safe.
We can do that for ourselves. It never is too late to support and help yourself. Then you also can help others better.

The tattoo in the video refers to the name of Avicii, the A and V.
A ‘Stick with people that make you feel good’ hint :)