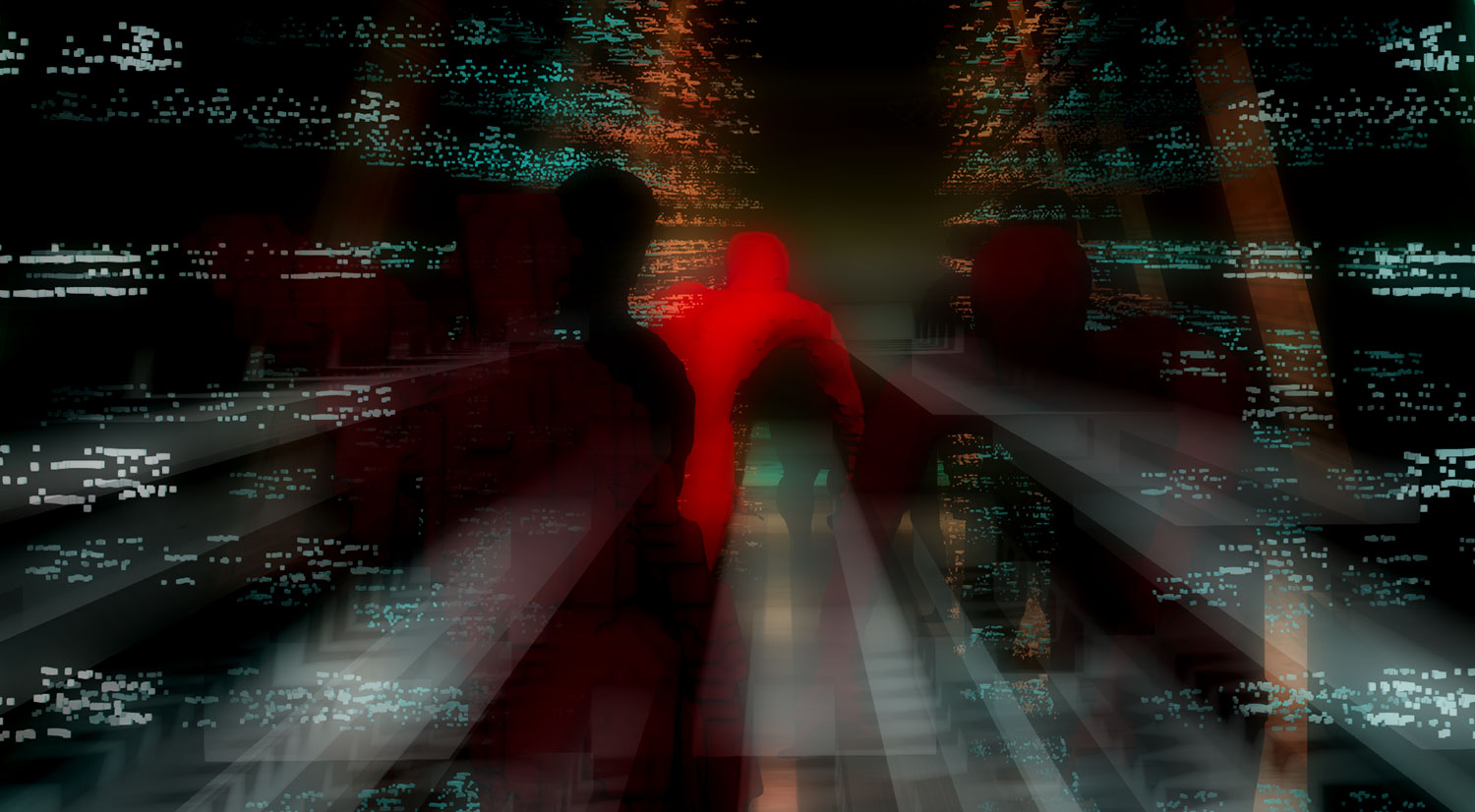 If you read the sentences below you will see what I mean. The different punctuation gives the same sentence an opposite meaning. Interesting is it not?

A woman, without her man, is nothing

A woman: without her, man is nothing

A likewise difference exists in this quote: Ibis redibis non morieris in bello
The phrase can translate in 2 ways:

The phrase dates back to the ancient world and comes from a priestess called Sibyl. The word sibyl comes (via Latin) from the ancient Greek word sibylla, meaning prophetess. Giovanna Cerise’s newest exhibition is inspired by the figure of the Sibyl. It is set in a cave located in Cumae (nearby Naples, Italy)  and rebuilt at Museum Island in Second Life.

According to tradition, the priestess resided in this dark place. According to the legend, Sibilla was a young girl of superb beauty. She was of Greek origin and possessed great divination skills. One day the God Apollo, struck by her beauty, fell in love with her and to conquer her he promised her that he would fulfil her every wish. Sybil took a handful of sand from the beach and asked Apollo to let her live as many years as the grains he had collected in his hand. The God satisfied her but the girl made a serious mistake: she forgot to add that she wanted to live the years in eternal youth as well.

The priestess therefore lived as many years as there were grains of sand enclosed in the palm of her hand, but her body continued to wither and wrinkle year after year, until it faded into dust, eroded – just like the grains of sand – by the merciless flow of the time. Of her, it is said, only her voice and her cryptic predictions survived. Sibyl used to scatter around palm leaves showing words of her prophecies on them.

It is said that a soldier, having received a sacred response, prepared to recompose the prophecy by assembling the palm leaves scattered by the divine breath. However, when he read the Sybil’s prediction, he noticed its double interpretation, depending on the punctuation:

Ibis, redibis, non morieris in bello:
You will go, you will return, you will not die in the war – if the comma anticipates the negation;

Ibis, redibis non, morieris in bello:
You will go, you will not return, you will die in the war – if instead it is placed after the negation. 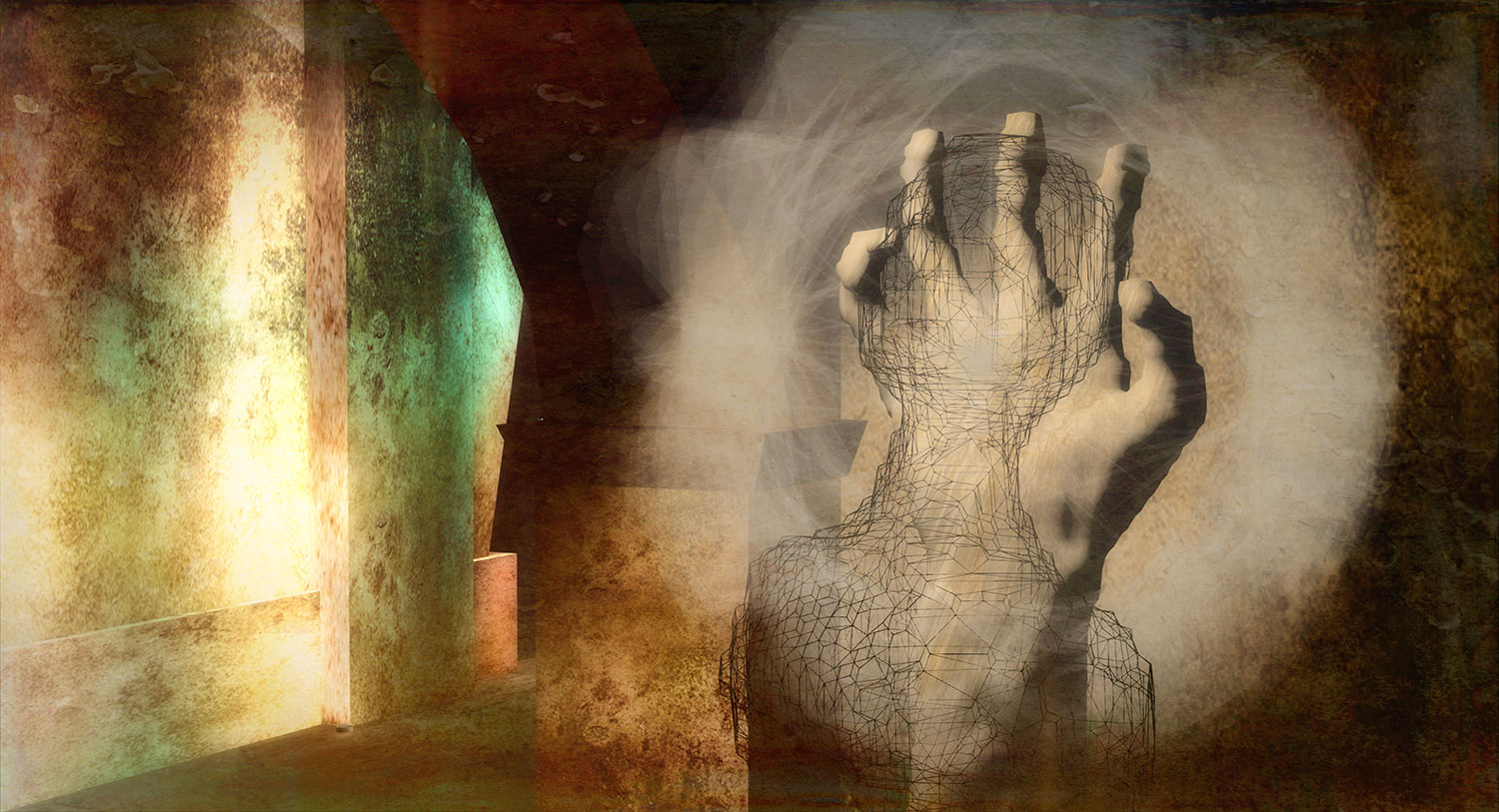 People are attracted to prophecies. It is the base of religions. Once your mind is set to really believing a prophecy it can cause you to live your life in a way that serves the prophecy you believe in. Like many believe in a return of Jesus and how a certain dooms day will come. Devoting a life to prophecies is quite intense when done seriously and when convinced of the need to have to do so.

The problem with prophecies however is of course they are not a proof or fact of any kind. They all are like Sibyl’s ‘Ibis redibis non morieris in bello’. Prophecies can have several explanations. The eye of the beholder effect and just being vague or ambiguous in what it COULD mean. They tend to point at events in a far away future as well, which makes it easier to develop all kinds of ideas around them, because so much can happen between the present and the future. It also takes away the option to want or have to proof it, because a far away future is a reality where others will live and not us ourselves anymore. Maybe that is why believing in prophecies is so strong. You ‘only’ have to believe them and are free from having to show facts.

On the other hand prophecies in a metaphorical way can be useful as idea to think on. As a resource for life and how to decide to live it. Like a storybook that helps to understand complexities in ourselves and how it matters to know oneself.  A mirror and beacon.

Sibyl’s prophecy for instance could be seen as a powerful metaphor for our own individual decline when time moves on:

In that perspective prophecies can be helpful. Words of wisdom, however ambiguous they may be, can help us to prepare ourselves for a possible future. To brace ourselves and anticipate better on the less pleasant events everyone will meet. Prophecies tend to be a bit of a warning. And it is up to us if we feel like needing to act on them or not. Sometimes maybe for our own sake, sometimes for other people’s sake. To only believe in prophecies as a guide I would not recommend myself however :) 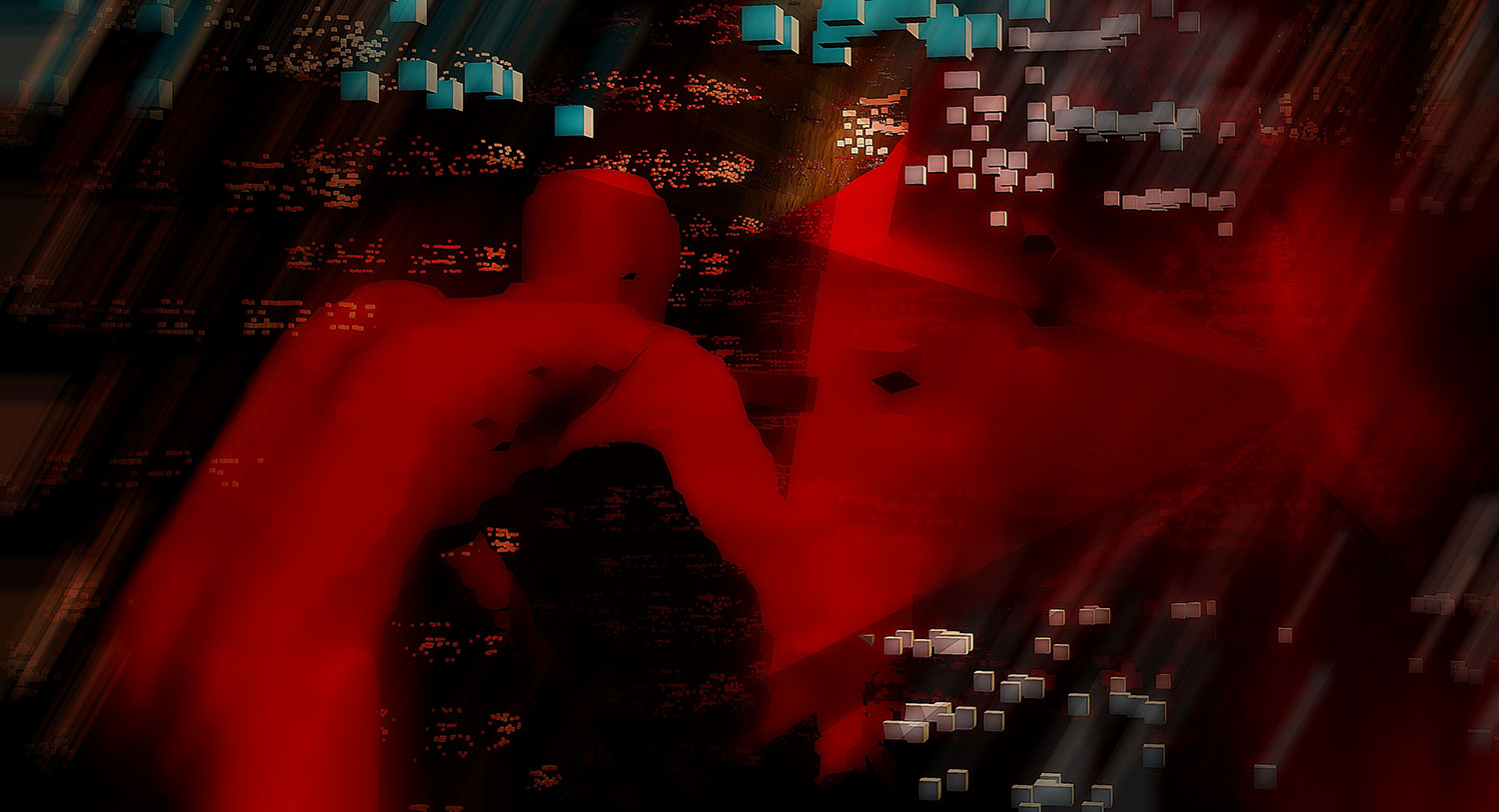 The installation in Second Life

Giovanna Cerise rebuilt Sibyl’s cave. Inside she placed several figures struggling their way through time. Their bodies are surrounded by the grains of sand from Sibyl’s wish with Apollo. The beams inside the cave for me show the speed of time and how long it takes to reach a certain point in your life. Like an endless tunnel and with only one outcome: death. Even Sibyl died after 1000 years. She can be asked for a prophecy however in Second Life . . . .  you will see when there.
I asked her all she could give and there were a lot!  I will post just a few:

It is a miracle that curiosity survives formal education.

The secret to creativity is knowing how to hide your sources.

I believe that a simple and unassuming manner of life is best for everyone, best both for the body and the mind.

I live in that solitude which is painful in youth, but delicious in the years of maturity.

Memory is deceptive because it is colored by today’s events.

Heroism on command, senseless violence, and all the loathsome nonsense that goes by the name of patriotism -how passionately I hate them!

Our task must be to free ourselves by widening our circle of compassion to embrace all living creatures and the whole of nature and its beauty. 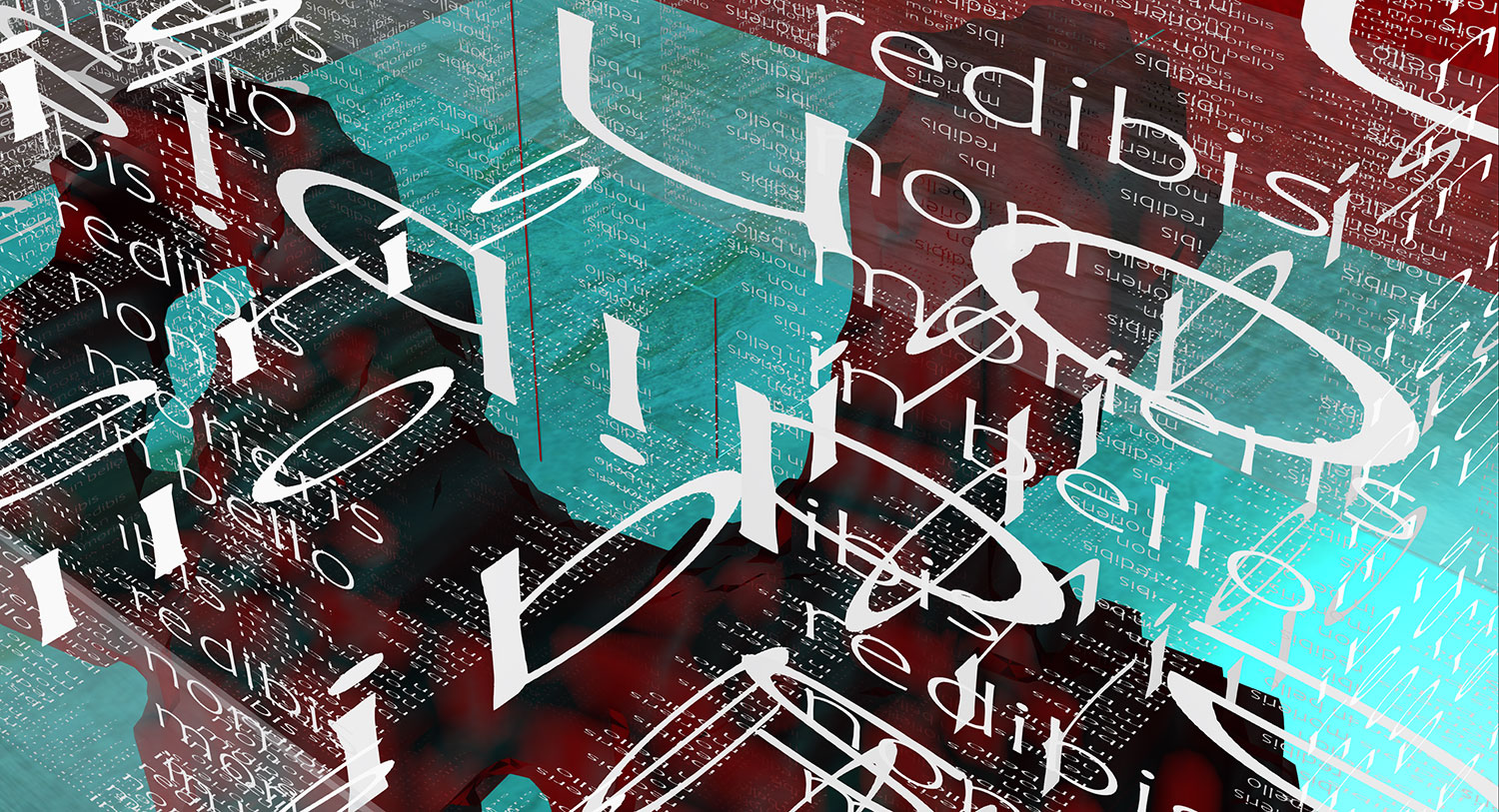 Outside the installation you can find some information on the cave itself. I quote:
It’s an artificial tunnel, Greek- Roman era. The construction date is somewhat uncertain: some say between the VII and VI centuries BC, while others indicate it was built between the X and IV century BC. According to the tradition this was the place where Sibyl resided, famous for her oracles and to be cited nell’ Eneidedi Virgil, which describes a place just like the cavern. Others have speculated that it was simply a military structure meant to defend the city and harbour. The cave, which collapsed at the start, is entirely carved into stone. It has a perfect straight line and a trapezoidal shape inside, meant to increase the seismic resilience, as used by the Greek. 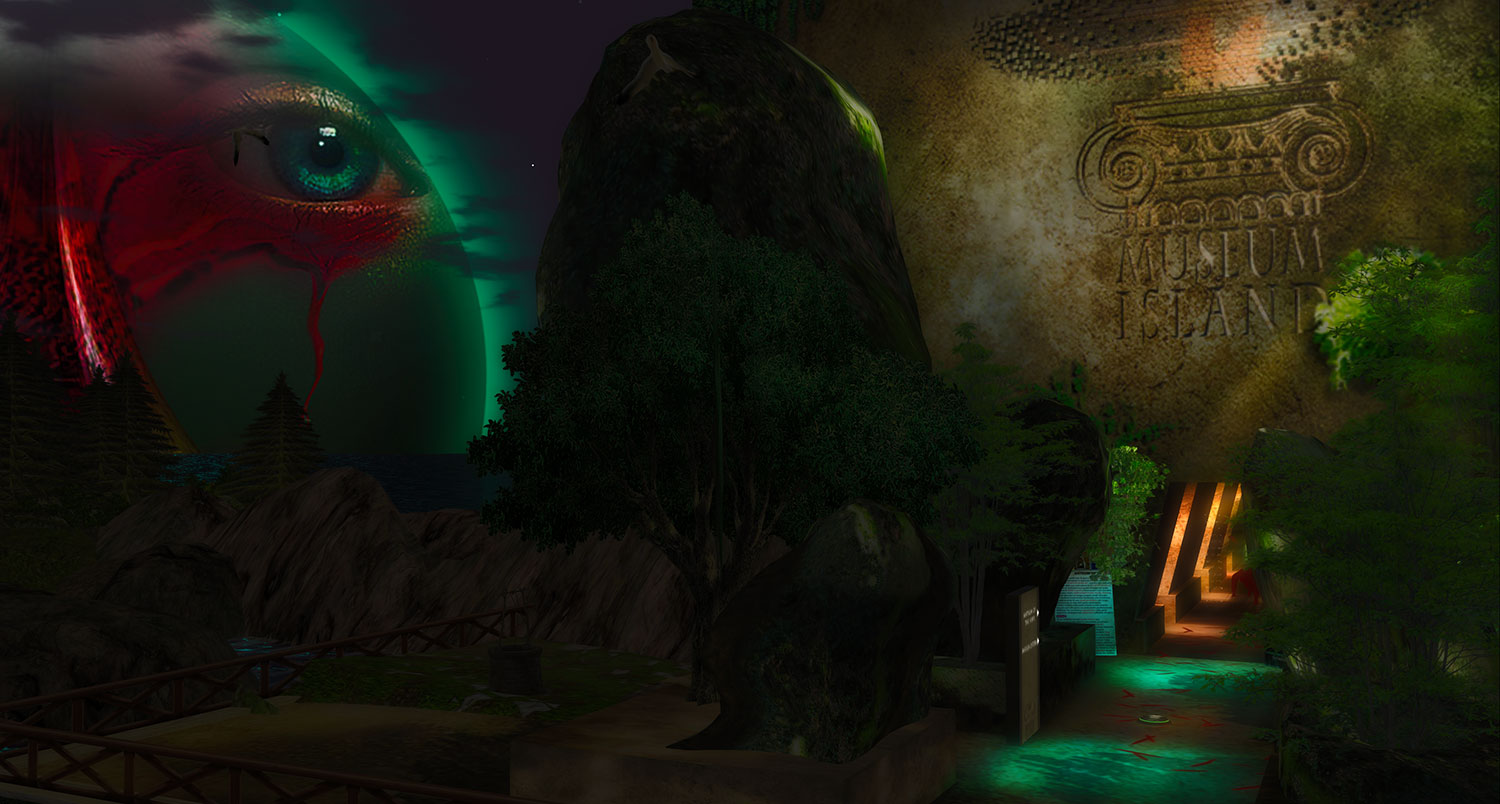 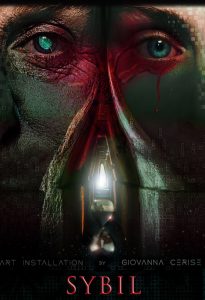 The other parts of the installation, outside the cave, show several interesting objects as well, representing elements of Sibyl’s myth. A big box with one figure inside is covered in text layers, showing the ambiguous quote on yes or not dying in a war. That box to me shows exactly how hard it can be to read what we see. To understand and get things. Because our view can be mislead easily or get a different focus that makes us change our opinion. Giovanna knows how to show essentials of this exhibition and its meaning. It most definitely is worth a visit. I really really like the installation and also just very nice to see work from Giovanna again. Inworld you can read more and also find a bio.

You can find the installation here: