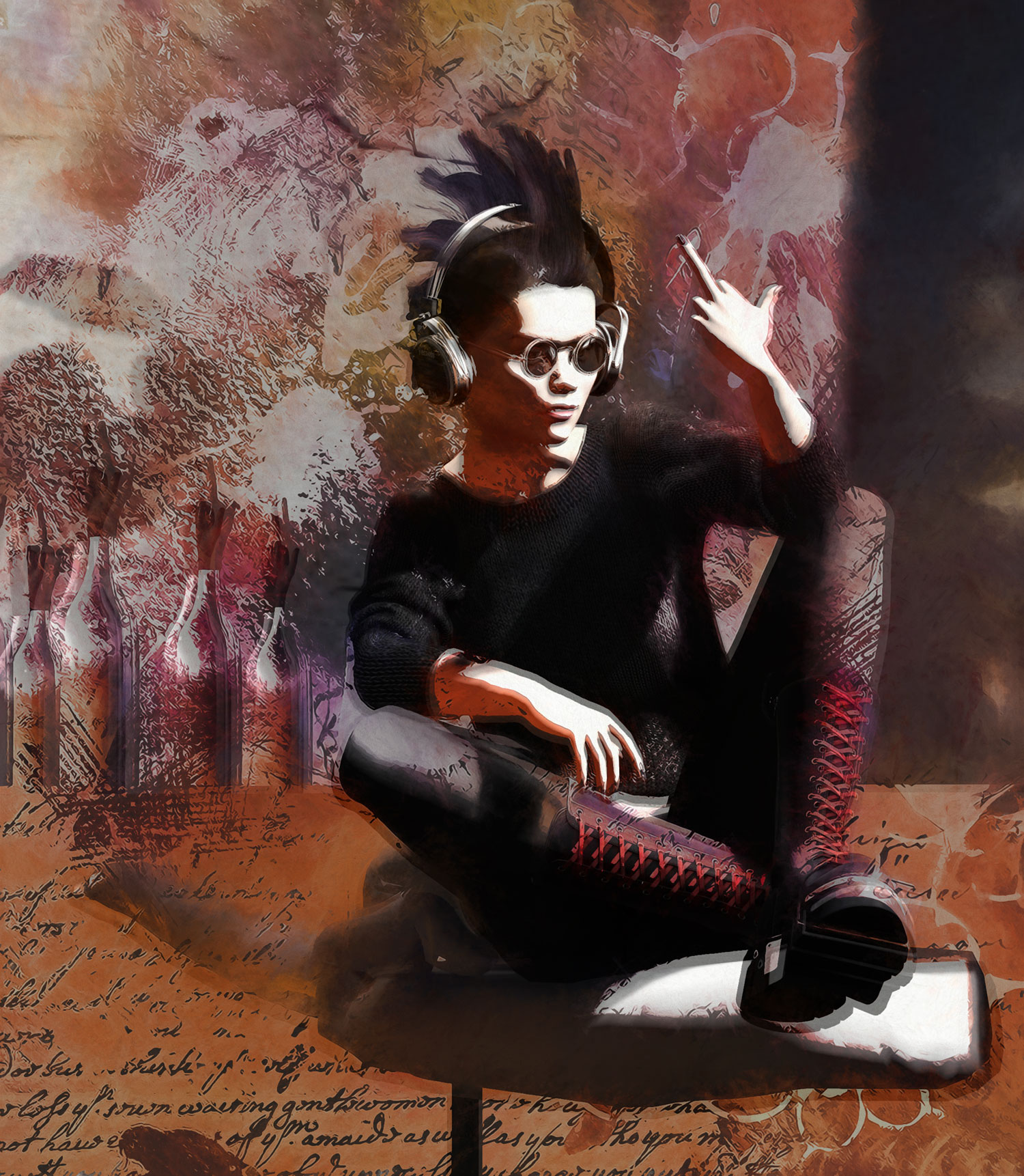 In Second Life there is this yearly award thing where all kinds of categories are chosen as BEST whatever. It is totally silly for me, because BEST in Second Life always feels a bit like being in a fake fame show. Not meaning to say there are no excellent, outstanding and unique creators, filmmakers, fashionata’s, sim designers, galleries, artists, and so on, but being the best in a highly manipulative world of friends liking friend’s work, nominees actively collecting votes and pushing people into making a choice where a choice hardly ever is obvious or objective, makes it to me a silly parade. I probably will insult some people now with that, but they can hide behind their awards and votes and feel great as much as they like,  I really don’t care. And you should not care what I think either. If awards make you feel happy and good and important, be my guest :)

Voting and contests will however stay silly anyway for me, especially when they concern extremely subjective things like art. Tastes differ, definitions differ and aesthetically perfect work is not a ticket to being good, better or even best. Aesthetics can add to being good, better or best, but it can never be the core of art. It is like food in RL. Something can be arranged on a plate in a perfect way but taste like shit. And taking in mind I battle already with the definition of art and calling things art I would be a  hopeless judge anyway. So, let’s just say a reward is not a proof of being the best. Being the best only exists in a limited time frame, in a limited space, with limited elements and since that will be different every day it is impossible to award. Being the best also only exists by the grace (curse) of comparison and never is free of personal subjective judgements, unless it concerns some hard science like mathematics where something is simply the best solution, non-negotiable.

It is for that reason I chose the title of today’s blog. Such a title is suggestive. It makes one expect the biggest movie ever made in Second Life. And since the movie/machinima promotes the installation I worked at myself, together with ChimKami, Angie Abraham, Jazz Wikifoo and Tutsy Navarathna, I should abuse that now when I would follow the rules of our fame based art world in SL and play the big artist who’s work is being filmed and therefore being FAN TAS TIC. Well you already can smell the cynical approach I suppose, because I will not and I prefer to joke with it. I never like to promote in ‘BEST’ terms, even if I sometimes will have done it in the past when totally in love with something. But as years passed by I have seen the shadow sides of the art world in Second Life too much to find it a community showing an attitude that deserves an award itself, let alone the contributions. The SL art scene either is a kind of niche atmosphere where everyone praises everyone (with predictable clichés and fancy words to give it all a sense of depth and authenticism and superiority) or the opposite where people bury themselves into their elitist cave, only liking their own stuff. Both ways generate this feeling to be special I am sure. Well don’t be shocked now  . . .  you are NOT special at all. Why not? Because no one is  special or we all are and when we all are in fact no one is special anymore, if you  get what I mean.

The only way to escape this kind of suffocating scenes is to be not in any art community in terms of being the house wine so to speak, to be part of a bulk show of which anyone can tell you how it will be the next time and never a surprise. Stay independent and away from collectives that only mix the same stuff over and over again. Yes, less attention, less visitors and less fame, but at least free from chewing gum being chewed at for ages and supposedly still tasting GREAT. Naming and shaming is easy, I know, but I think the good and critical reader knows precisely what I mean. And no this is also not a statement to be better or best than others myself. This is about how to kill art in Second Life and how silly it is to chase fame.

I will however promote things I like and you can be the judge of it for yourself and not be lead by what I feel or say about it.  I am not even objective in this case because it concerns my own little vip parade in Second Life as well.

Soooo, here it is, the BEST SL MOVIE EVER, because it is made in the BEST SL INSTALLATION EVER, by the BEST SL ARTISTS  ever. What more to say. Well, vote for us when another silly round of BEST BEST BEST will be there? See if we can manipulate the scores :)

Time for my totally coloured view on this movie. I think Iono deserves all existing awards in Second Life, but there also exists a BEST REWARD and that’ s the ultra honest and reliable 99 FACES AWARD! Of course this needs a short text as well like they do in Real Life award shows. Well that’s simple: Iono made a great movie of a great installation and no one else did it better. Ok true, he is the only one who filmed Poetical Revolt, but that’s a minor thing ^^

Okay, okay, now a bit more serious and what I really think.  It is a terrible movie. I only see things we made ourselves and nothing new. Oops I mean,  I really like to see all our work being presented in a movie.  Angie’s voice in a calm explaining intro and then suddenly  . . . . . . the raw sounds of revolt also filmed in a way as if you try to film a RL protest but are being bumped at along all sides.  Bravo Iono! :)

You will receive your 99 FACES AWARD in due time, probably when Second Life is dead, to not make people jealous and avoid you for being the most wanted virtual CELEB. My oh my  . . .all that envy and competition when someone becomes THE BEST. As if it means you therefore are a LOSER. If we were to see AURA’s at such a moment I fear the space would be greener than any grass in the world.

Of course I cannot publish this blog without also showing the in my view BEST PICTURES made by  Angie, Chim, Tutsy and me.  Their 99 FACES AWARD also will be received when SL has past away. My own reward  . . . hmmm , need someone to do that for me I guess.  The pictures below are just a small part of what can be seen in the Poetical Revolt Installation itself. You can read more about that in my other blog about the installation: POETICAL REVOLT.

Last but not least I am happy to announce a totally objective (…… space for a cough)  friend calls my blog the best blog in SL. See how easy it is to gain some importance, reward and fame? Just trigger your friends to say something flattering and there you are :)  It will not be long for my ego to explode now and all my 99 faces will become relics for my fans. They are lucky because I have little but extremely devoted  fans, so their reward will be maybe one or more face relics per person. Some will have a complete face even maybe! A rare!! With that they can become famous and feel great. I advice them to rent a safe in the bank to secure their relics and make me more famous, wanted, envied, hated, loved and best thing ever happened to them :P

READY FOR THE REAL BEST THING?

Here you can see our installation: POETICAL REVOLT
Have fun and be the BEST VISITOR ever by inviting all your friends as well.
Oh and don’t forget. It is hosted by the BEST CURATOR in SL in the BEST GALLERY of SL: The Galerie des Machines, owned and curated by Olympe Rhode.