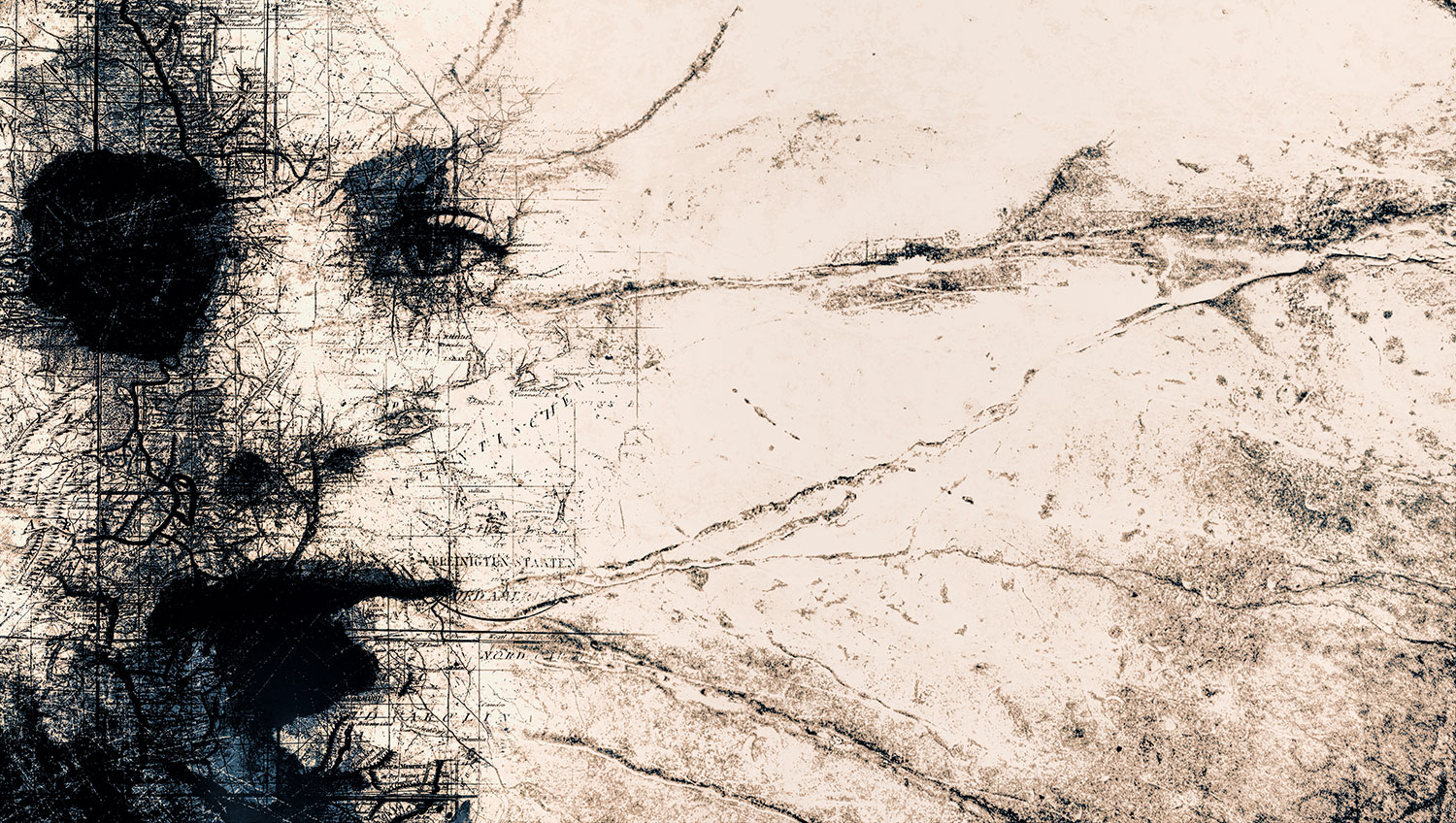 It takes a lot to know what you really feel

In the feelgood movie ‘Four Weddings and a Funeral’ it takes a series of life events to make someone realize to have fallen in love. Despite being a funny, light hearted movie it does show something we often experience ourselves as well. It can take a lot of time and events to acknowledge / recognize what you really feel inside. We tend to be better at hiding it, denying it or masking it with another feeling we learn to believe as being the one and only genuine truth. Especially feelings that disturb a relatively calm and controlled state of mind are not the ones we welcome so easily. It either creates a mind bending euphoria (falling in love for instance generates a huge amount of restlessness overwhelming you with insecurities and loss of control) or a mind bending distress (losing a loved one makes you feel sad and vulnerable, disconnected and alone). The hardest thing is to not be able to get a grip on it all  when in the middle of disturbing feelings. It can take years before realizing what it actually was you experienced at specific disturbing moments in  your life because only looking back on it when it has passed or changed into another state of mind (Oi Cherry again   . . ) gives that view and understanding you so wanted to have back then.

I was never to marry anyone

Life however just forces us to make bold decisions without always understanding all feelings inside us. For instance:  Why did I ever say YES to visit my present husband when he invited me to come for a coffee? Most certainly not because I was thinking clearly. I was extremely scared and everything inside me screamed to say NO due to that, just I said YES. Makes no sense, except when I confess to already have hoped for that invite since weeks, but never expecting it to happen. I believed to feel a romantic fantasy, far away from reality. It became a real romance far away from fantasy. Good grief, that was freaking me out! But sometimes living in a fantasy can overrule the fear for the reality with all the dangers of failing to make it work. You open your mind to feel something new and allow yourself to live in a ‘WHAT IF’ world. I already had decided for long I was never to marry anyone. Fall in love I only would do secretly, in my own private mind. I never shared with anyone my deep down feelings inside about longing for the opposite and played the happy single who did not need someone to love or someone loving me. It would create expectations and make my life complex.  Another person in my personal life, daily and permanent, was out of the question. I had too many issues to manage that. But when the WHAT IF changed into a real opportunity all my carefully monitored safety locks unlocked by itself, immune for keys and commands.

Still, after saying YES I shouted at myself all afternoon (in my head). Please make it undone!! NO too late!  YES because it will ruin you! NO, this is my first love/in love event of my life I actually give a chance and I want to experience it for as long as I can survive! STUPID IDIOT!! You think you now have wings to carry you? Butterflies are not enough! In fact I was completely confused and had lost all power to think rationally and act accordingly. And that felt horrible. My survival was based on having full control over my life and feelings. And now I allowed someone else in my life to mess it up. Therefore I called myself the most stupid person in the world at that moment but at the same time I was so overwhelmed with the attention and interest in me I just had to say YES.

Maybe it is more fair to say I did not dare to say NO as well. How to resist and deny a kind invite without looking like a fool? Also one of my fears back then, to be seen as foolish, odd, impolite and unwilling. I told myself I was truly in love, to defend the YES, but I probably was more in love with the being seen as candidate for love. How can you be in love with someone you never spoke with, and only saw on a very safe distance? It must be the mind making it something true, something big, to be able to have enough courage and believe to say YES. Even so, at that moment it all felt very much as truly being in love etc etc, where I now think that feeling takes a bit more time to be genuine enough to also last for a long time.

So was it love at first sight? I like to believe so but I think there were so many complexities in me with being close to someone in that way I, plus no reference to other experiences, I find it hard to call it that way now. What I do know is this. It was the start of my one and only true love in my life and it still lasts. So maybe love at first sight exists or we simply grew into that believe by bonding and sharing love with each other. Despite troubles showing up as well I feared so much in myself, our love or believe in love was strong enough to keep us going.  I do not believe in love conquering all. I do believe however in us conquering love and now having an unbreakable bond. Some will laugh at that word maybe, unbreakable, or call it naive, but for us we just know it is like this. Only death will break us apart.

One wedding and 2 funerals

One of the funerals was in a church. I said goodbye to the church many many years ago and never missed it. But the church part of the funeral touched me and comforted me. Not in a direct personal way to suddenly believe again in what was said on an afterlife and all that kind of things, I just find that impossible to know, let alone to believe, but the rituals and serenity and music made it a beautiful ceremony. A special kind of dignity and beautiful space for saying goodbye. Maybe being raised with church and religion just sparks a sentiment more easy during a funeral than being in a church for something else (rare here, but sometimes it happens on invite for a wedding and such), but I do think religious rituals have a certain powerful effect by itself as well. The grandeur of choir music, the classical masterpieces, the majestic cathedrals or almost zen like designs of modern churches, it just has a certain impact and that’s ok for me as long as it stays free from dogmatic pressures and abuse of power on whoever.

I myself recently started to rediscover the world around me. Not in a a strictly religious way, but with a new mindset of experiencing and appreciating everything I can do again after many years of isolation in a very small safe world I needed to not drown in fears. To have overcome that (at least for a great deal) gives me the feeling of freedom I almost forgot it existed except somewhere in my dreams. I did not trust it at first but it tastes so good I trust myself to be able to not let go of it ever anymore. It even made me leave SL the last few weeks, feeling bored to entertain myself in that way. But I also know SL helped me to survive and grow into this new mindset, with many great ways for expression, socializing and developing a mind, friends to share thoughts and feelings with and get to know yourself better.

SL is a world in a world, with certain borders that cannot be passed, but also with the absence of other borders that never will be absent in RL. Finding my way inside and between the 2 worlds will be interesting. But whatever way it is, it will be only mine because no one else can determine my choices, my directions and my believes in what is the best path to follow. You can watch, approve or disapprove, understand or not understand, but it stays my way. I will have blind spots, black holes and dead ends, but it still is my way. Hello worlds. This is me. I will wander and get lost but also find a way back to where I can start a new route to my own hopefully far away end, someday somewhere. Oliver Sacks says it better:

There will be no one like us when we are gone, but then there is no one like anyone else, ever. When people die, they cannot be replaced. They leave holes that cannot be filled, for it is the fate – the genetic and neural fate – of every human being to be a unique individual, to find his own path, to live his own life, to die his own death.

P.S.
Yes guilty as charged on not being very social at Flickr, Facebook and Second Life very much lately or only for my own stuff. Selfish? Healthy? Lazy? Arrogant? No idea, it just is not a big part of my life at this moment and I consider it as one of those phases again that make me navigate between 2 worlds, with one of those worlds getting more attention than the other world. Soon I may be spamming SL again and neglect my household world. Hmmm, sounds like a plan . . .

DISCLAIMER:
NO guarantees it will make me more social as well again :P