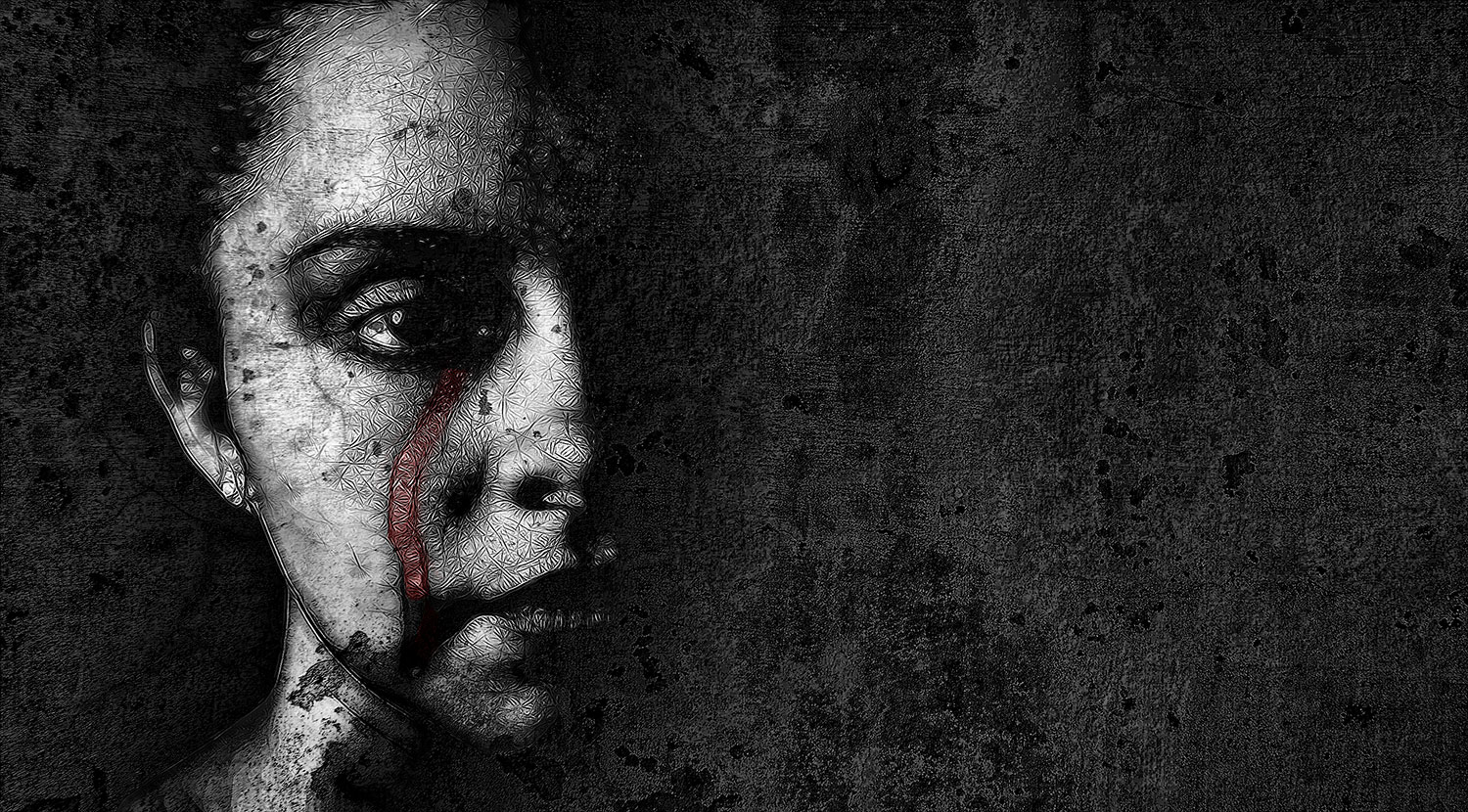 A few years ago I watched the HBO series ‘The Leftovers’. I think I never saw a  more impressive series than this one because of its intensity and depth in a psychological way. The reason I blog it is because it came to my attention again this week, twice even, and got stuck in my head due to that.  First I shared a part of the soundtrack from season 1 with a friend and one day later I  see the same music in a somewhat funny cover, linked under a picture of someone I follow on Flickr:  Eupalinos. The soundtrack is composed by Max Richter and is called ‘The Departure’.  I love it.

‘The Leftovers’ is all about the loss of people we love. We all know how hard that can be, so everyone should be able to relate to the series in its own personal way of recognising the feelings. You only can experience loss when you have been connected with someone. To not connect with anyone seems impossible since you all were born and with that you at least were connected to your mother in a  very powerful and intimate way.  When a son or daughter loses connection with their mother in an unnatural way (too young, traumatic event cutting off contact, unwanted child feelings etc) it will cause troubles. The loss will result in the son or daughter feeling lost. Feeling lost is scary, lonely and sad.

The way you are confronted with loss matters a big deal.  Was it unexpected, was it violent, did you have time to say goodbye, were you ready for it in some way,  were you at an age you can understand it, was it  an accident, illness or suicide, etc etc.  Also your own belief system and abilities in how to cope with loss matters.  Some will find peace in religion, some will want to be alone, some will go into work as distraction, some will lose their mind in doing drugs or other things making them feel numb, some will grab themselves together and move on in the best possible way.

I like the French way of telling you miss someone: ‘Tu me manques’. In english:  You lack in me. When we miss someone it causes a deep wound in us. That gap used to be filled with the one we miss. It makes you feel incomplete because it was an essential part of you.

The loss as it is depicted in ‘The Leftovers’  is on a worldwide scale and all happening at the exact same time. It makes 2 percent of mankind disappear. If you want, maybe comparable with the present pandemic a bit. There even is a reference to pandemic statistics in the first episode. Not to show how big the amount of loss is, but to try to convince people it is not that bad when compared with the numbers of people who die in  a pandemic. It is one of the ways people in the series try to feel ok with their loss.

The thing is however no one knows what happened. Did they die or disappear to somewhere else? Were they abducted or did they leave themselves? All they know is the way it happened with everyone who is gone. They all vanished just like that, in a split second and right in front of them. One blink of the eye and   . . . poof, gone. Where to? No one knows. How and why? No one knows. Forever or not? No one knows.

That kind of loss maybe is the worst one to exist, because it has no closure, no sense and no reference. It throws you into a ravine over and over again.

Fear for the unknown

The quote below gives more insight in why it is so hard to have to deal with loss and especially loss that makes no sense.

When you cannot get closure, when you cannot reason and understand, when you cannot make any sense to a loss, because the lack of any reference to it, you enter the nightmare of not knowing anything. To accept a loss is hard enough already, to not know why, how and if it is permanent is horrific. You cannot do anything but hope, wait or despair. The ones being able to move on never will be the same anymore and grief in their own way by distracting themselves with a back to life approach. But that life is damaged and cannot be ‘back’ as it used to be.

Conclusion: Humans need sense to be able to cope with loss in a helpful way.

A main character in ‘The Leftovers’, Kevin Garvey, struggles with loss as well.  A different kind of loss but also totally senseless to him. His battle with that comes to a climax via another character, Patti. She endlessly tortures him with her venom, not showing any mercy or compassion with his pain.  Kevin tries to neutralise her in several ways but fails. Until he meets her as his archenemy in another dreamlike universe and is told how it is possible to get rid of her forever. It will be his one and only chance and he has to not feel sorry to do it. But Patti now is present as a little girl and reveals why she became who she is as grown up: A true bitch, hard and insensitive. See for yourself what happens:

Kevin, who holds Patti responsible for his loss, did what he had to do, but felt horrible when he pushed Patti in the well. She was innocent and sweet all of a sudden. But Patti does not die when she is thrown in the well. Instead she transforms into a now very injured adult Patti. Kevin climbs down and Patti tells him about appearing on “Jeopardy” and winning enough money to leave her father, but too afraid to do so for real. Patti’s father neglected and emotionally abused her as kid. She describes the intimidation and isolation of a veteran “Jeopardy” player never acknowledging her in the green room.  “There’s a power to that — silence,” Patti says. And this silence is what she used on Kevin’s loss, his wife. Patti dominated and manipulated Kevin’s wife into a sect called ‘The Guilty Remnants’.  The sect used total silence as act of resistance against how society tried to forget what happened. The members left their partners, sons and daughters as sign of strength. Their mission was to persuade as many people as they could through stalking them with silent intimidations. This was the power Patti had brought to them and it became a true belief, disrupting harmony and peace in people’s minds.

Patti tells Kevin she is afraid and he holds her. Then he drowns her in the well. An earthquake follows and we see Kevin emerging from a grave, a kind of resurrection and rebirth into his new existence. He can accept what he did now because he also freed Patti of her own tortures. That was all she wanted.

The choice of music in the scene with the little girl is very well chosen:  The famous Chorus of the Hebrew Slaves (Va Pensiero) from Giuseppe Verdi’s Nabucco opera, written in 1842. If you read the full translation but especially the last sentence it tells you how humans in pain long for just having something that gives sense to their suffering, which will keep them sane and not lose hope for clearance and acceptance. God is the one they ask for help. You can replace God by someone or something else as well of course. It is the making sense element people need to be able to move on and accept. If that needs a cat or dog for you it is fine as well so to speak. For opera lovers of this Verdi piece, here is a very nice performance of Va Pensiero:

Are you still with your mind in SL as well or what?

Oh yes, I always am everywhere with my mind. Even in the fridge when that seems necessary. You know,  to cool it down from too much activity ^^
But yes this also all applies to Second Life of course. Unless you don’t see how big the risk is to experience a loss in there. The many relations gone wrong speak for itself. The many avatars suddenly disappearing and never returning. The rebirths in new avatars after dramatic events. The rebounds needed to overcome a loss. The people who die in RL and not having the ability to mourn in a proper way because no personal goodbye. The people who die but no one knowing it. They just disappear suddenly, leaving  you in that terrible not knowing anything space.

Second Life absolutely is not free of loss. Loss requires connection and hardly anyone uses Second Life in a totally disconnected way. Depending on how close a connection is and how a loss is presenting itself , it will be more or less hard.  When it happens in the way of suddenly gone to nowhere, it will not help to accept the loss easily, just like in ‘The Leftovers’.

Have you lost someone very dear to you Yoon?

Not recently no, but I will again one day and it is intriguing how everyone has a different coping strategy when they suffer from loss.
Some being more an escape, others being destructive, but also very effective healing ones.
A loss can be so intrusive it destroys marriages or friendships that felt like unbreakable, because people have different ways of coping, grieving and remembering.
I like to think to be a bit more prepared for coping with a big loss one day by knowing I need to make sense of it in some way for myself.
It will matter a great deal HOW I lose someone who is dear to me. If it makes no sense by itself, that will be the ultimate challenge. And alas many losses make no sense when they are suddenly there, unexpected, too fast, too soon, too unfair, too this or that. All with ‘too’ as first word, is not so very easy to deal with.

More on The Leftovers

Review on ‘The Leftovers’ (best series ever )

Last but not least

The funny soundtrack version I saw at Eupalinos’ Flickr page. It does make sense btw. The little figures can be seen as ‘The Leftovers’, the ones not disappearing.