It should sound like Riceboy Sleeps, a 2009 album by  Jónsi & Alex.  Why? Just because it is  extremely ethereal and angelic in sound without being sentimental and nostalgic. Especially in this time of the year when every corner of the street is filled with the same old songs we always are forced to listen to when putting on the radio or going for your daily shoppings. I never will understand the attraction of 100 x Silent Night , Jingle Bells and Deck the Halls etc. Once in a while and non repetitive it can be charming, but too much still is too much, also in heavenly atmospheres :)  As if someone tries to beat happiness and peace into you with a perpetuum musica whatever magic device and assumes you also really need that by the end of the year. I personally prefer a festive season with different music and not necessarily or only Xmas rated music. While making my winter place in Second Life the song below was on the Chroma radio stream I have activated at my parcel and it took my breath away. It made me stop a while and listen again and more focussed, to know if it would be a one day fly feeling or lasted longer. The fact I write about it gives you the answer I suppose. It lasted   . .  and still lasts.  I know it is a bit long for when used to listening to standard songs and stuff, but try?

In celebration of the album’s 10th anniversary, vocalist Jónsi and his partner, musician Alex Somers performed Riceboy Sleeps at Vivid LIVE in the Concert Hall of the Sydney Opera House. A part of that album can be heard in the link below.

I like it and don’t like it. But the feeling I used to have before all became too much in commercials, music, movies etc and with consuming as main focus, is in a coma due to overkill. I notice I try to escape the shops as much as I can and sort of play deaf and blind to peace and heaven on earth illusions. On the other hand I do like the visual magic of the winter and Xmas season, especially snow, ice skating and festive lights. It is a weird and totally inconsistent mix of disliking nostalgia and sentiments in music but which in a visual way I can embrace.  But   . . . . when I talk of visual magic, it for sure is not like torturing myself and others with a light show causing the whole street to look like an exploding rainbow with a stairway to Santa heaven. It is more like the music I shared  :)

Who and what is Riceboy Sleeps

Riceboy Sleeps is the debut studio album by ambient duo Jónsi & Alex, released on 20 July 2009. The album is a collaboration between vocalist Jón Þór Birgisson and his partner Alex Somers which features acoustic instrumental music alongside a string quartet, Amiina, and the Kópavogsdætur Choir.

Jónsi & Alex is an artistic collaboration between Jónsi and Alex Somers. They create ambient music as well as visual art. The music tends to be more ethereal and experimental than that of Sigur Rós, which was Jónsi’s primary musical project.  Jónsi & Alex began as a Sigur Rós side project around 2003 under the name Riceboy Sleeps. On November 24, 2006, they released their first picture book with the same name as their project.  One thousand hand-numbered editions were produced, and only available in Iceland. They released a second edition in July 2007 that was not hand-numbered.

Jón Þór “Jónsi” Birgisson is an Icelandic musician. Being a vocalist and multi-instrumentalist he is known for his use of a cello bow on guitar and his falsetto  or countertenor voice. He is blind in his right eye from birth as a result of a broken optic nerve from the brain.

Alex Somers (born March 7, 1984) is an American visual artist and musician from Baltimore, Maryland, who attended Berklee College of Music and Listaháskóli Íslands. Somers runs a recording studio in downtown Reykjavík where he has produced, engineered, and mixed since 2010.

The book I have not seen for real but someone placed it on YouTube and it feels like a kind of scrapbook with mysterious tales. Beautiful.

Jónsi often uses a language which started to be called ‘Hopelandic’ (Vonlenska in Icelandic). It is a ‘self invented language’ in which Jónsi sings before lyrics are written to the vocals. It is not an actual language by definition (no vocabulary, grammar, etc.), but rather a form of gibberish vocals that fit to the music and act as another instrument. Jónsi likens it to what singers sometimes do when they’ve decided on the melody, but haven’t written the lyrics yet. He is a fan of letting the music speak by itself more than needing  lyrics to do the magic. I guess that’s why I like the music so much. It is magic without needing extra magic to impress and last. Simple, stylish, minimal and yet a whole range of emotions inside, waiting to touch and be touched.

So this is what it became after 3 days. I fear we soon only will have virtual snow to enjoy, but at least it saves us from cold feet and frozen toes. Just a pity the snowballs do not have a real impact in Second Life. One of the big fun things I still like, even when 57 years of age. Such a child  . . . . 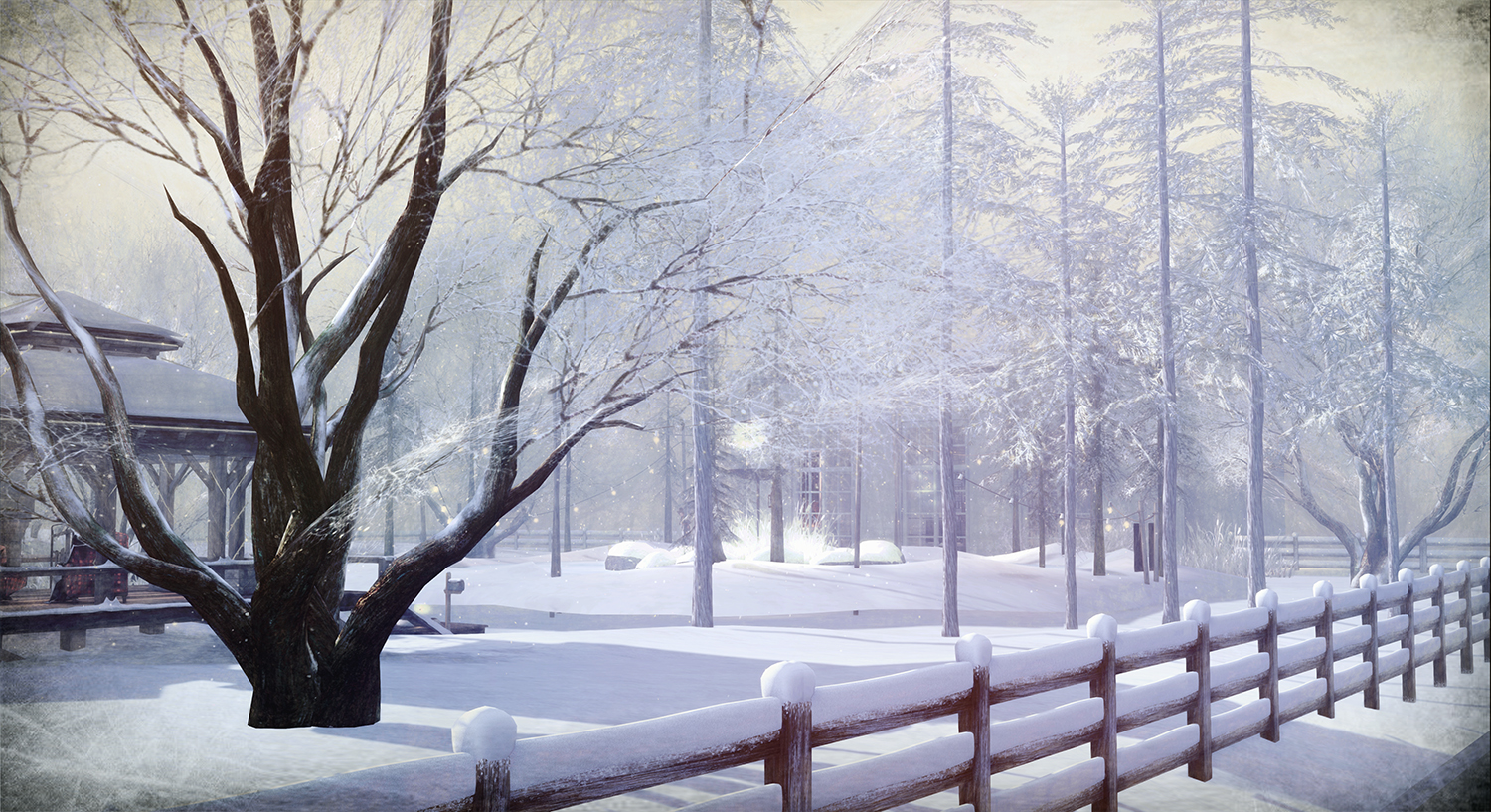